As the names says, the cementery of Montjuïc occupies al the southern ladder of the Barcelona’s mountain. It was constructed due to the expansion of the city in the late XIX century. Previous to the expansion of Barcelona, all throughout the city you could find small neighborhood cemeteries which were occupying lots of space.

Montjuïc was created as a temporary solution to this problem. The city hall was planning in constructing a metropolitan cemetery and meanwhile sending all deceased to the cemetery in Montjuïc. Due to the big demographic expansion in the city, both cemeteries were full in no time, and no more space was destined in the city.

Before the construction started, the city hall had to relocate all the farmers and buildings, including military bases, of the area. Montjuïc’s cemetery is one of the places where we can find more art in Catalunya. Modernism started during the expansion of the cemetery, so several works of art can be found all along it, dating from different centuries and artistic styles. All the cemetery’s streets are name under saints of the Cristian religion. Special regions were designated to other religions or inhabitants who had committed suicide.

As said before the cemetery has several art works representing neoclassic, historic, modernist and eclectic art including work from Josep Puig i Cadafalch, one of Catalunya’s best modernist artists. 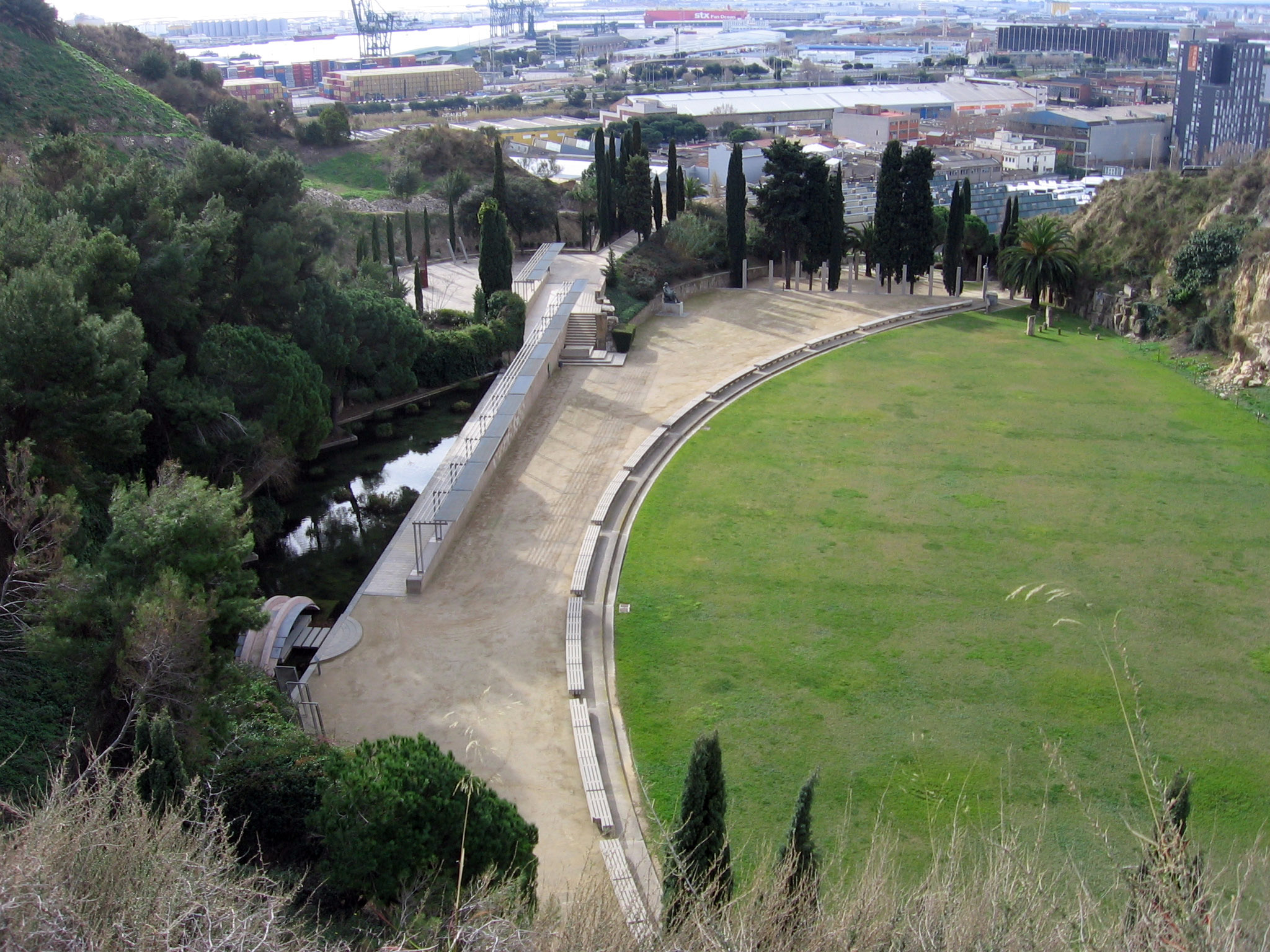 One of the biggest sectors in the cemetery is called “Fossar de la Pedrera” Here rest the remains of those who opposed the repression of General Franco in a pit. Also some soldiers and activist who were executed during the Spanish Civil War also rest here. To commemorate these shameful events a monument was constructed in 1985 after the death of the Dictator. Also next to this area, if you visit the cemetery, you can go to the museum of carriages destined to funerals created in 1970.

Now we will describe the most representative art works of the cemetery. Several art styles can be found, like neoegipcian, realist art, and of course catalan modernism.

One of the best examples you can find in Montjuïc of Neoegipcian art is the Pantheon of the Batlló. The Pantheon is excavated into the rock, forming a cave. In its entrance you can find typical symbols of Egyptian art; like owls, Egyptian columns and Seraphim.

The sepulture of Farreras Framis is a clear example of realism. Farreras was an important Anatomy professor in Barcelona’s University, therefore it was decided that a realistic representation of his body should lay on top of his sepulture.

There are many examples of modernist art all along the cemetery. You can identify art work as modernist if you see construction material being used. Also you will have to find natural elements around the art work, as flowers, butterflies etc. Symbolism of Catalunya and religion can be also found in the modernist movement. One of the best examples of the modernist movement in the cemetery of Montjuïc is the Pantheon of Borràs-Figueras. In this pantheon you can find representation of the industry in which the family moved around, the marine mercantilism like anchors and a rudder wheel.

Previous Article Montserrat catalunyas most famous mountains
Next Article Engagement in montserrat
Back to Blog
Made with ❤ by velvetzoo.es in Barcelona