We had the honor of helping Jesse Peterkin with his engagement in Montserrat! He chose us as the company to tour him around Montserrat. We asked Jesse if he would mind dropping a few words on his engagement day. Here he tells us about his experience! 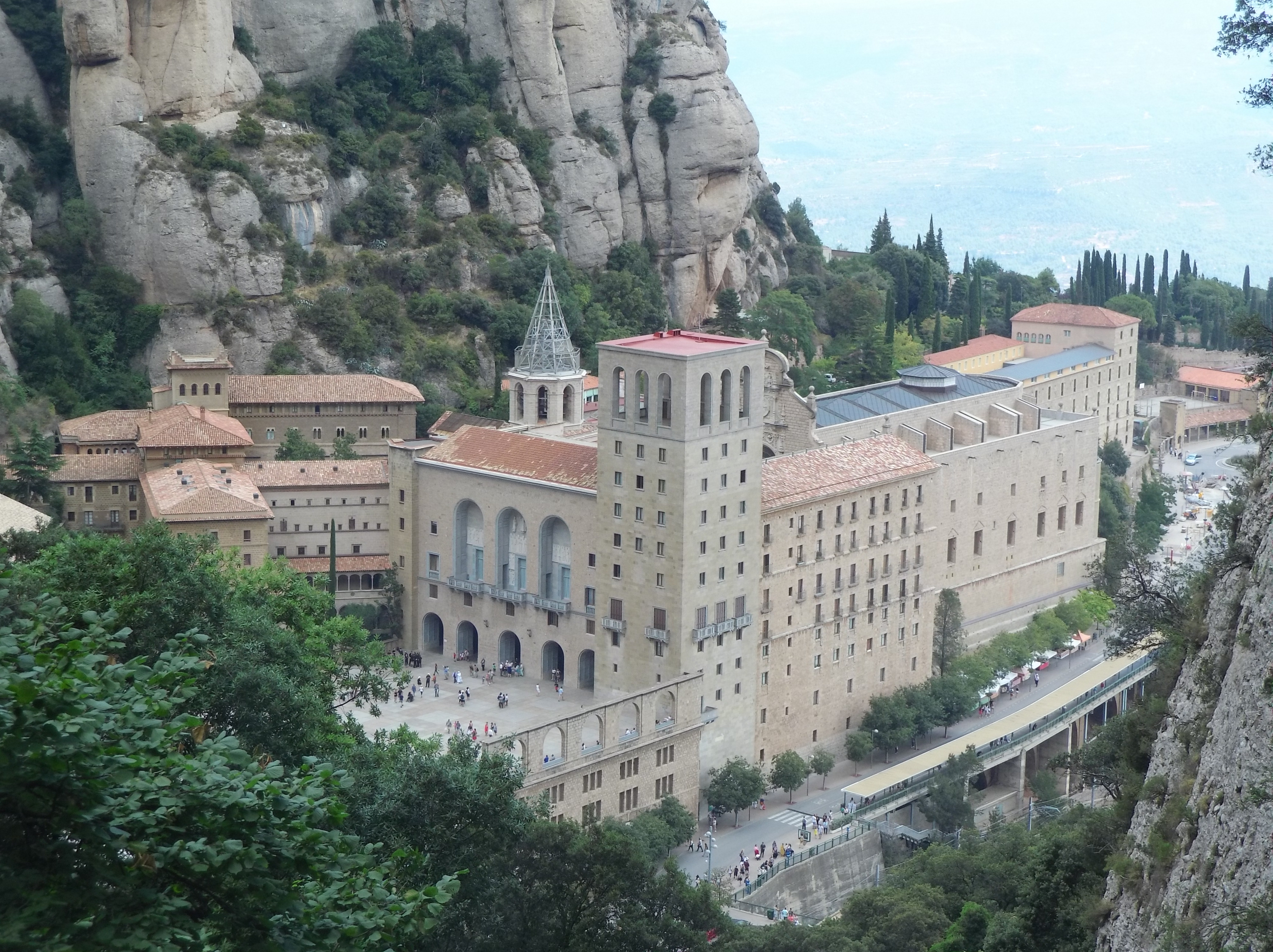 «We cannot say enough about our wonderful experience in Montserrat & Penedes! This was one of the best tours we have taken and a definite highlight of our 2 week trip to Spain & Italy.  I planned this tour before we arrived in Spain and researched several different options. I wanted it to be perfect since I was planning to propose to my girlfriend in Montserrat.

I ended up choosing In Out Barcelona through Viator. Once I booked I wanted to make sure I could find the best place on Montserrat for the proposal. There are many trails and areas to explore. In Out Barcelona was so helpful when I reached out to let them know of my plan. They quickly put me in touch with Karles who was our guide. He was awesome! And a passionate hiker, nature lover, and of course, Catalonian! 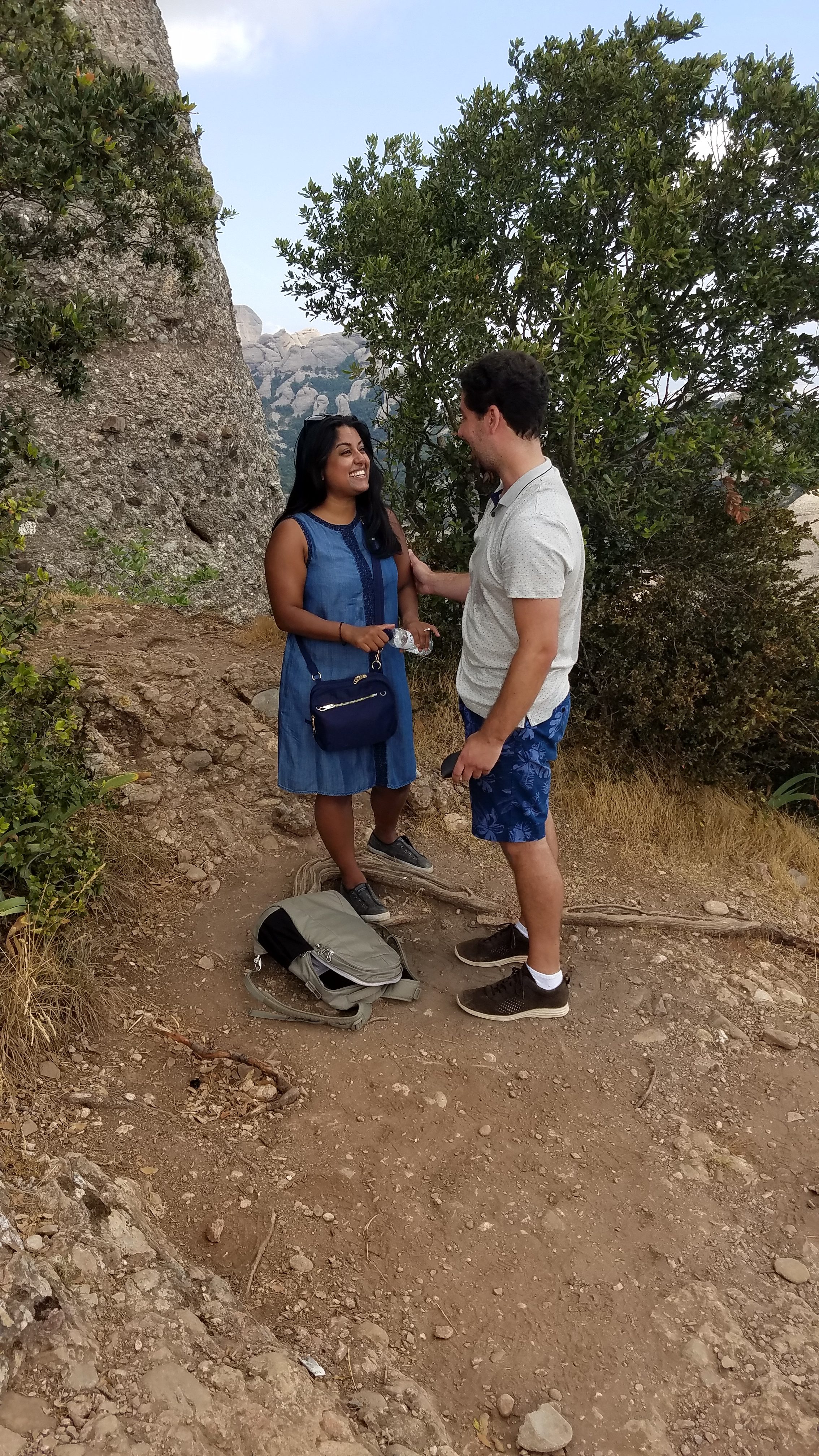 I spoke to him a couple of times on the phone and he was very responsive and helpful in providing recommendations on where the best spot would be for the proposal. He went above and beyond to ensure we had a great time and that we had the best location and view for the big moment. He was a fantastic tour guide – he was very enthusiastic about Spain & Montserrat as well as extremely knowledgable. He was great to talk to and answered all of our questions. You could tell he really did care about the proposal and did everything he could to make it perfect, which definitely helped to calm my nerves! We had another couple, Irene and Alex (who were on their honeymoon!) join us on the tour and Karles let them in on the plan. Once we reached Montserrat we took the funicular up and went on a hike that Karles recommended, which was absolutely beautiful. We ended up at the top near Ermita de Santa Magdalena and had a beautiful view overlooking the monastery below, which is where I proposed. Our new friends were able to capture great photos and even a video since they knew it was coming! It was such a memorable moment and the setting couldn’t have been more perfect and we will be forever grateful to Karles for that. We are so glad he was a part of that day and that memory.

There is so much to see in Montserrat and Karles helped us catch all of the highlights. After hiking down we visited the monastery, were lucky to catch a short choir performance and afternoon prayer service, and a quick glimpse of the black madonna. Unbelievable history in this monastery and Karles was so knowledgeable about everything, including the architecture. 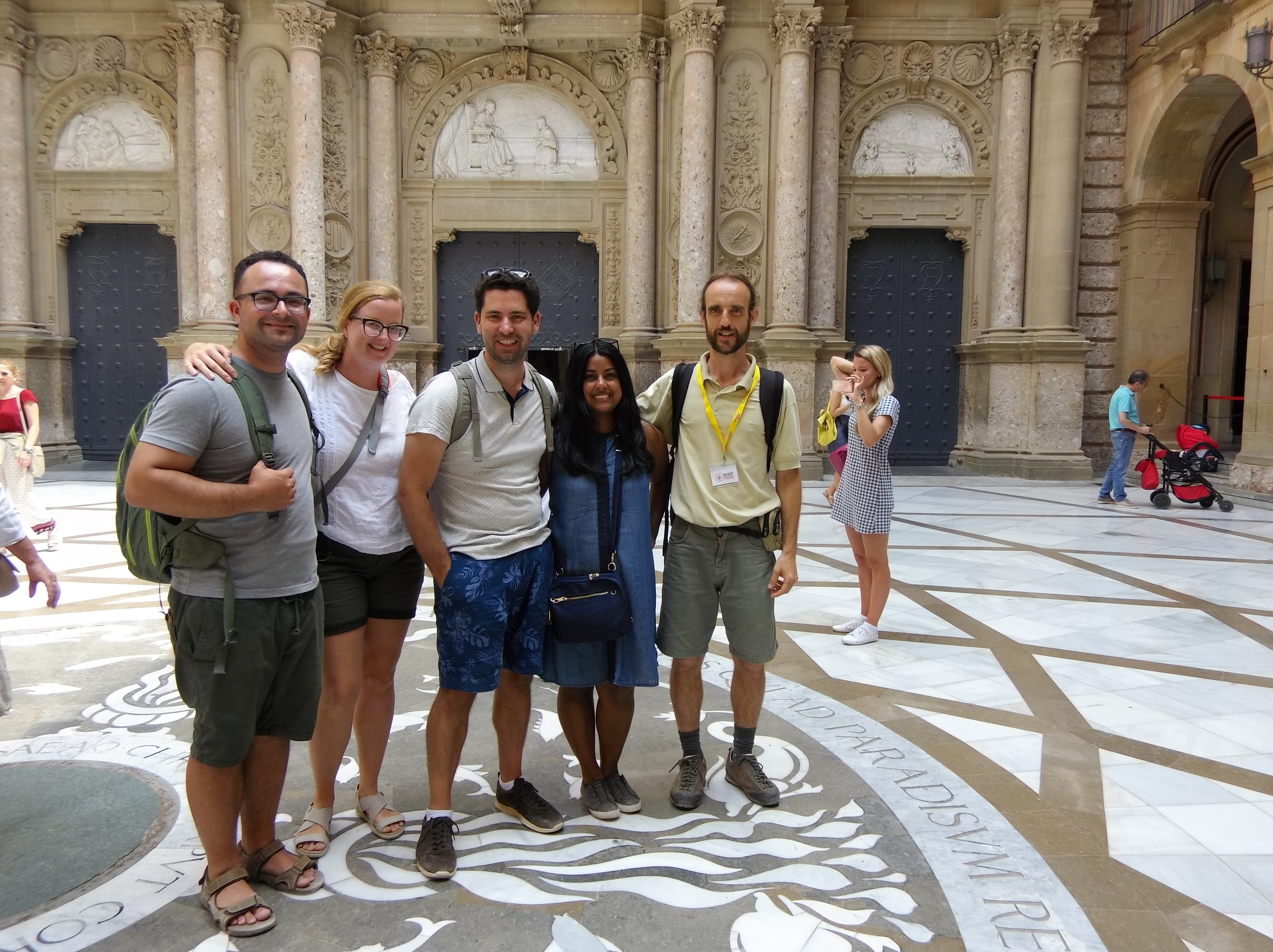 The final stop of the tour was Penedes where we stopped for a local lunch and a cava winery tour. The winery was on scenic grounds and is packed with history as it is one of the oldest in Spain. We got a tour of the grounds and the cellar in golf carts before ending with a tasting of two cavas before heading back to Barcelona. We had such a fantastic day out of the city and we will remember this day forever. Karles & In Out Barcelona were both amazing and we couldn’t have hoped for a more memorable day. Thanks so much! We can’t wait to come back!»

Previous Article Montjuic cemetery barcelonas art mausoleum
Next Article Barcelona zoo
Back to Blog
Made with ❤ by velvetzoo.es in Barcelona