As well as in other regions of the world, Catalonia has such interesting and different traditions that represent its cultural heritage. These traditions are well known all over the world. But if you didn’t have the opportunity to know about any of these traditions, we encourage you to read this blog to know the 5 Catalan traditions that are fascinating.

Arguably one of Catalonia’s most famous and one of the most impressive traditions is the Castellers. In this elaborate practice, designated by UNESCO as an «Intangible Cultural Heritage» in 2010, a team of people builds a 10-stages human skyscraper.

Most towns and municipalities in Catalonia have the Catalan traditions of the Castellers, and  also have a group that represents its municipality which will compete in prearranged tournaments across the region.  Each city has its own unique team. 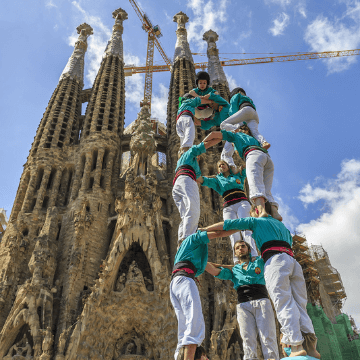 In fact, when the smallest casters climb up and rebalance, it’s customary to lift four fingers into the air. This is a gesture that depicts the vertical stripes of the Catalan flag.

In some parts of the world, it might not be a good idea to dress up as a devil and run around throwing fireworks. Catalonia celebrates its cultural heritage by performing an act that is part of its tradition.

Correfocs are commonly found at celebrations, such as La Mercé in Barcelona. However, each municipality will have its own unique take on the phenomenon, meaning that no two Correfoc experiences are the same.

The dark, menacing centrepiece of the display is not a representation of evil; it is a lively, joyful being that dances to the sound of the accompanying band.

Attendees (Correfocaires) are advised to wear hats, gloves and long sleeves to protect themselves from burns, and provided that necessary safety precautions are taken. Correfocs offers a great introduction to the vibrant and distinctive culture of the Catalan region. 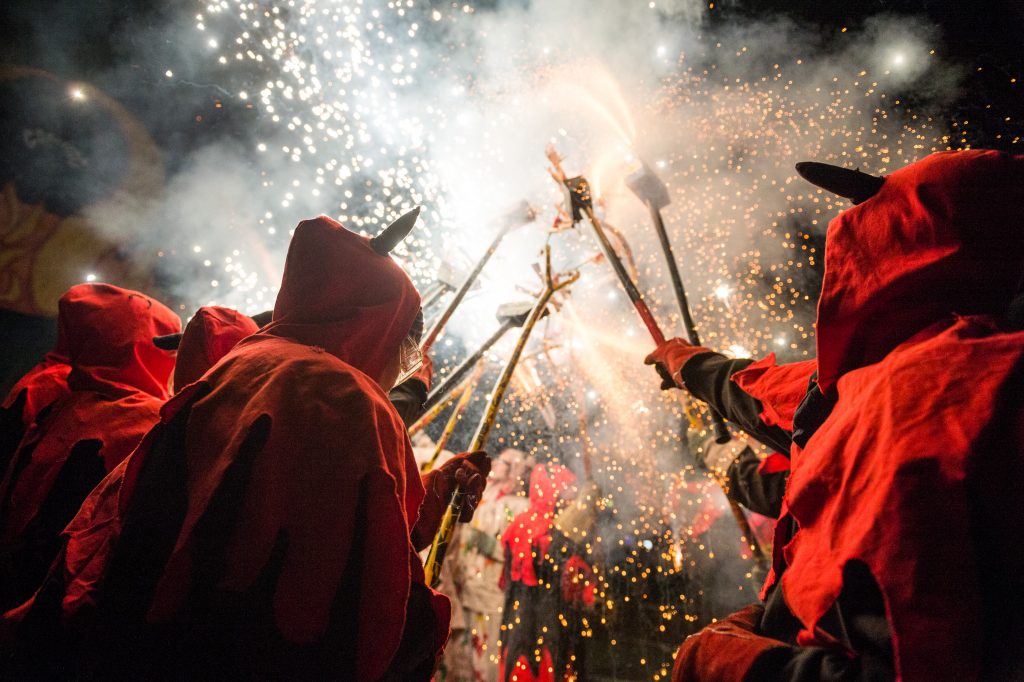 The ‘Ball de Bastons,’ a ‘weapon dance’ that has many parallels to folk dances from Spain, Portugal, the United Kingdom, and even Nepal, is another popular dance at Catalan festivals and festivities.

The tradition is supposed to date back to the 12th century, and it is now being promoted even more zealously within Catalonia by individuals who want to show off the province’s unique cultural legacy.

The Ball de Baston (The Dance of the baton) has two rows of 8, 10, 12, 16, 20 or 24 dancers dressed in white with brilliantly colored, ornate sashes and ribbons, performing complex stick-clashing dances to the accompaniment of a band. 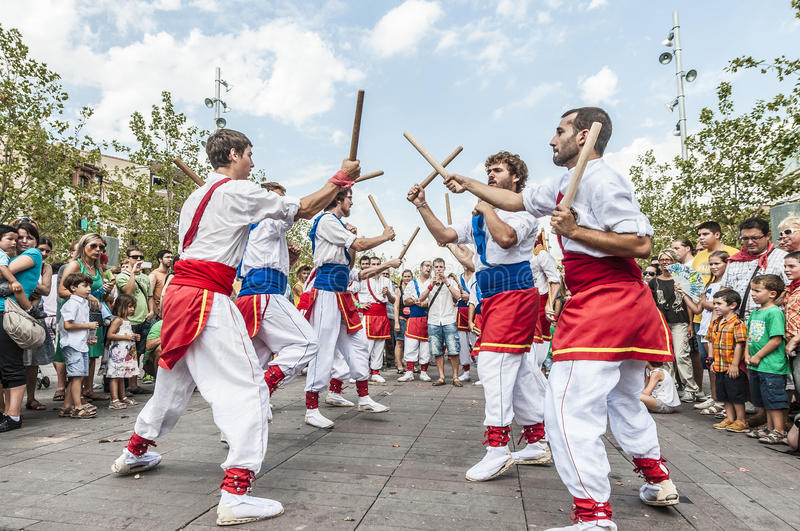 The Sardanas’ folk dance tradition may not be as visually appealing as the Correfocs or Castellers, but it is an inclusive, accommodating dance that has worked to unite the Catalan people since the 19th century, and it is therefore highly prized as a symbol of national identity.

Throughout the routine, participants raise and lower their hands in a circle to the sounds of a traditional Catalan band (the cobla).

People of different ages, ethnicities, and abilities may come together in celebration of their shared heritage because of Sardana’s gentle nature. 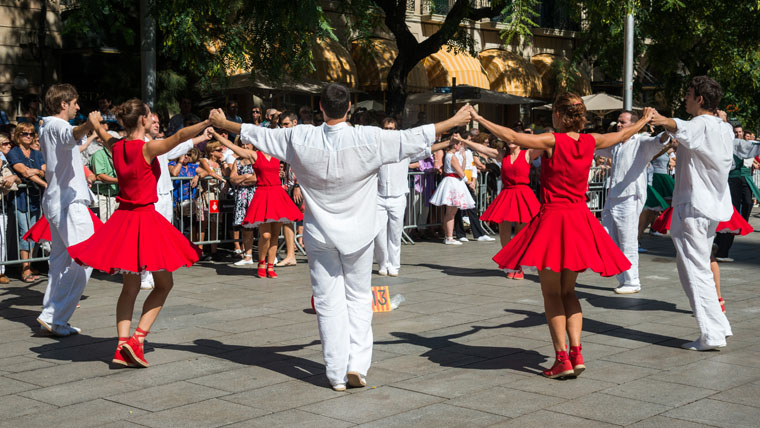 Another not-to-be-missed tradition of the Catalan Festivity is that one actor or actress called “Gegant” (Giants), is dressed in traditional regalia and carrying the head of an oversized paper-mâché, is one of the most important historical figures in the region.

The “Gegants” are also commonly in the form of peasants, workers, or simple townspeople. Because they are part of the common heritage of people as much  as the kings and queens who ruled them in the past.

As with “Castellers” and “Correfocs”, traditional music and dancing, play a crucial part in the role of the “Gegants”.

Check our tour!
Previous Article 10 mandatory stops in bcn
Next Article 8 highlights in tarragona
Back to Blog
Made with ❤ by velvetzoo.es in Barcelona