Catalunya enjoys many ancient traditions. These traditions are easily recognizable but some of them are more known than others, so here we will explain the major ones to you!

A Castell is a human tower composed of several levels. A group of Castellers is called a Colla Castellera. Different Colla Castellera practice throughout the year to compete against each other in tournaments. This exhibition, or actuació in Catalan, usually consists of three teams building three towers (one each round) and a pillar at the end. In order to complete the construction, one of the kids must pass the tallest point of the structure, stop for a second and rise the right hand, doing the aleta or ‘little wing’. 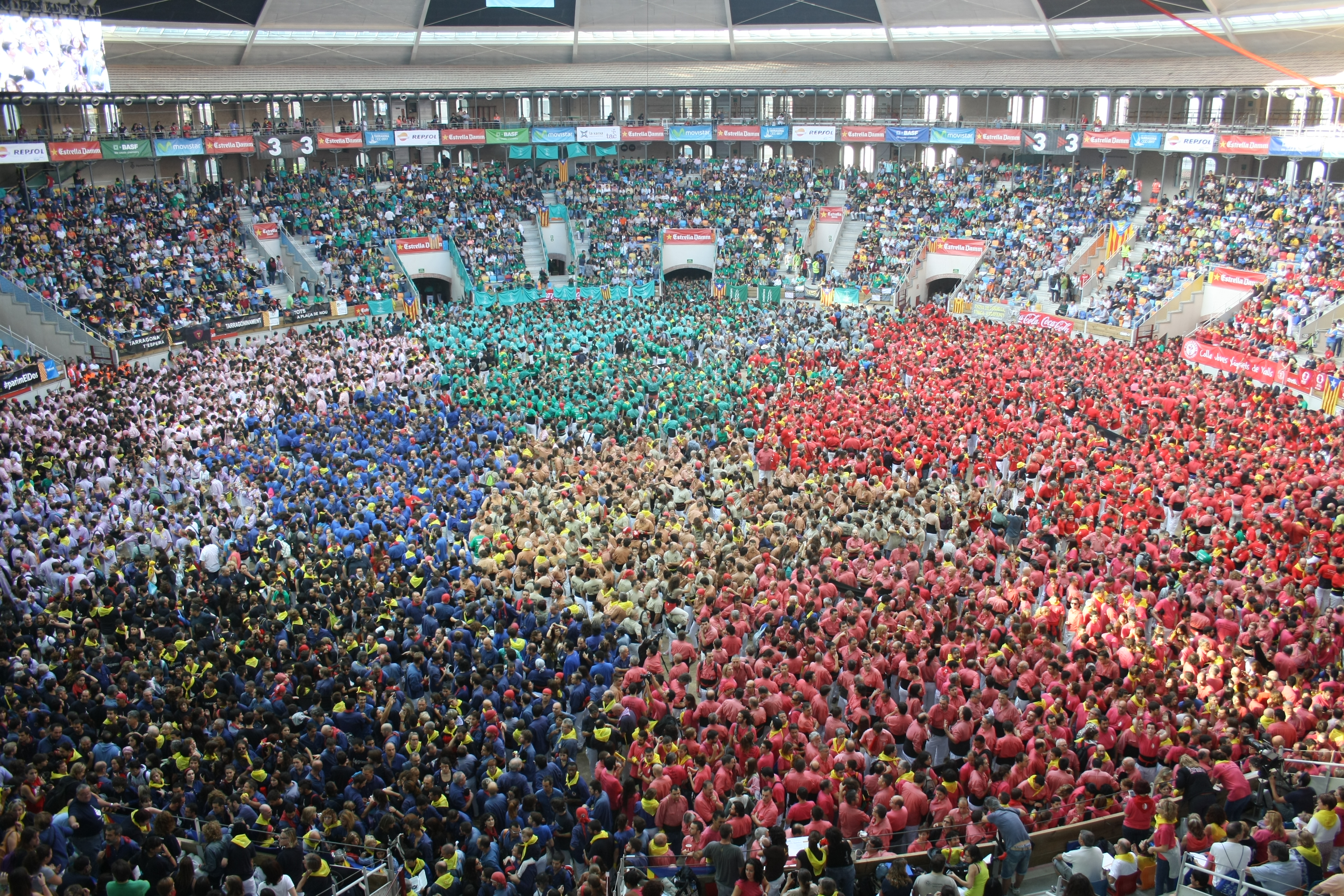 Usually, the competition between the groups is friendly, helping each other if necessary. However, once every two years, the Concurs is held in Tarragona, where almost all the groups compete in serious fashion against the others in order to win the contest and bring the trophy home.

There are some security protocols established in order to protect the #castellers:

If you want to participate, do exactly what they tell you to do.

If you’re in the pinya (the ground story) you must never look up.

You must only clap after the aleta, to maintain the #castellers concentration. 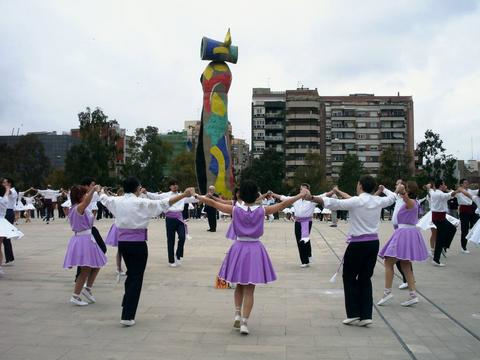 La Sardana is a typical Catalan group dance, where dancers grabs hands by couples (man-woman-man-woman) and raise them above their shoulders. They take small but precise steps while dancing in circles. Fruently the performers dance to the rhythm of a small group of instruments called “Cobla” leaded by the “Flabiol” a small wooden flute. 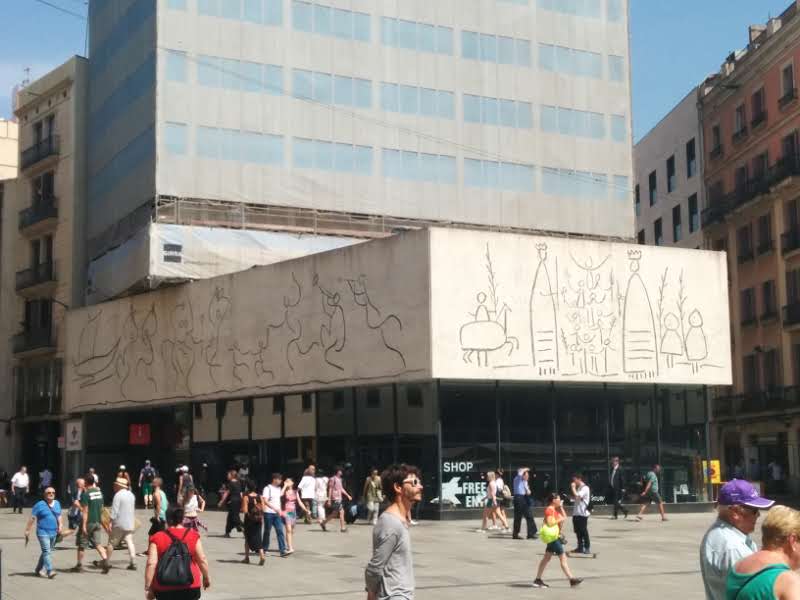 Next to Barcelona’s Cathedral  you can see Picasso’s Mural above, here he represents 3 of Catalunya’s most famous traditions; La Sardana (To the left), Gigantes y Cabezudos (Two kings in the front mural) and The Castellers (between the two kings) 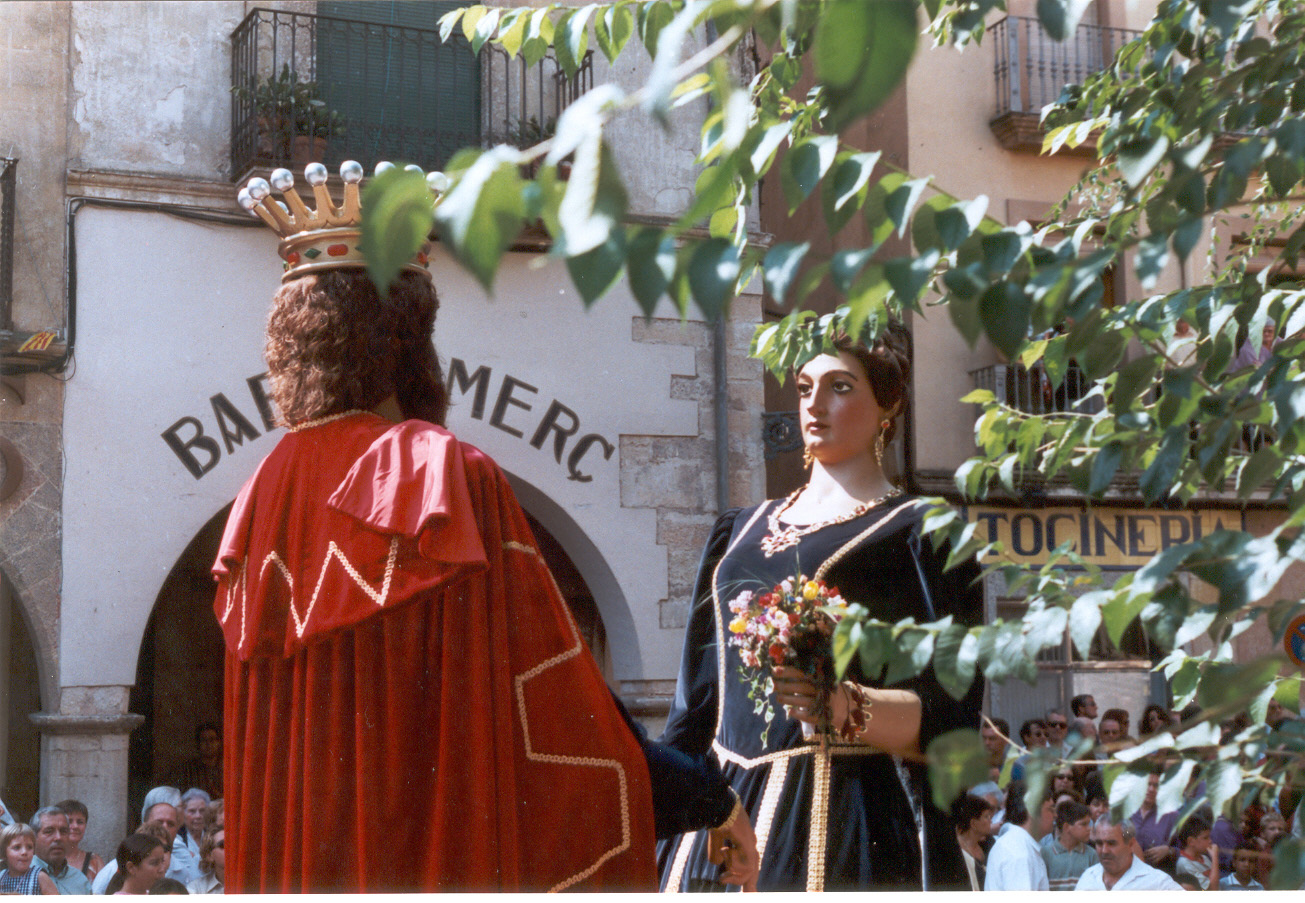 Gigantes y Cabezudos is a tradition celebrated worldwide. This tradition consists of people inside wooden structures in the shape of historic figure. Other participants only have a huge wooden head representing other famous figures. These giants dance and run behind the attendees for their amusement. Experts believe that these festivities have a religious background representing Goliath. Normally in Barcelona the giants represent King Jaume I and Queen Violant of Hungry. 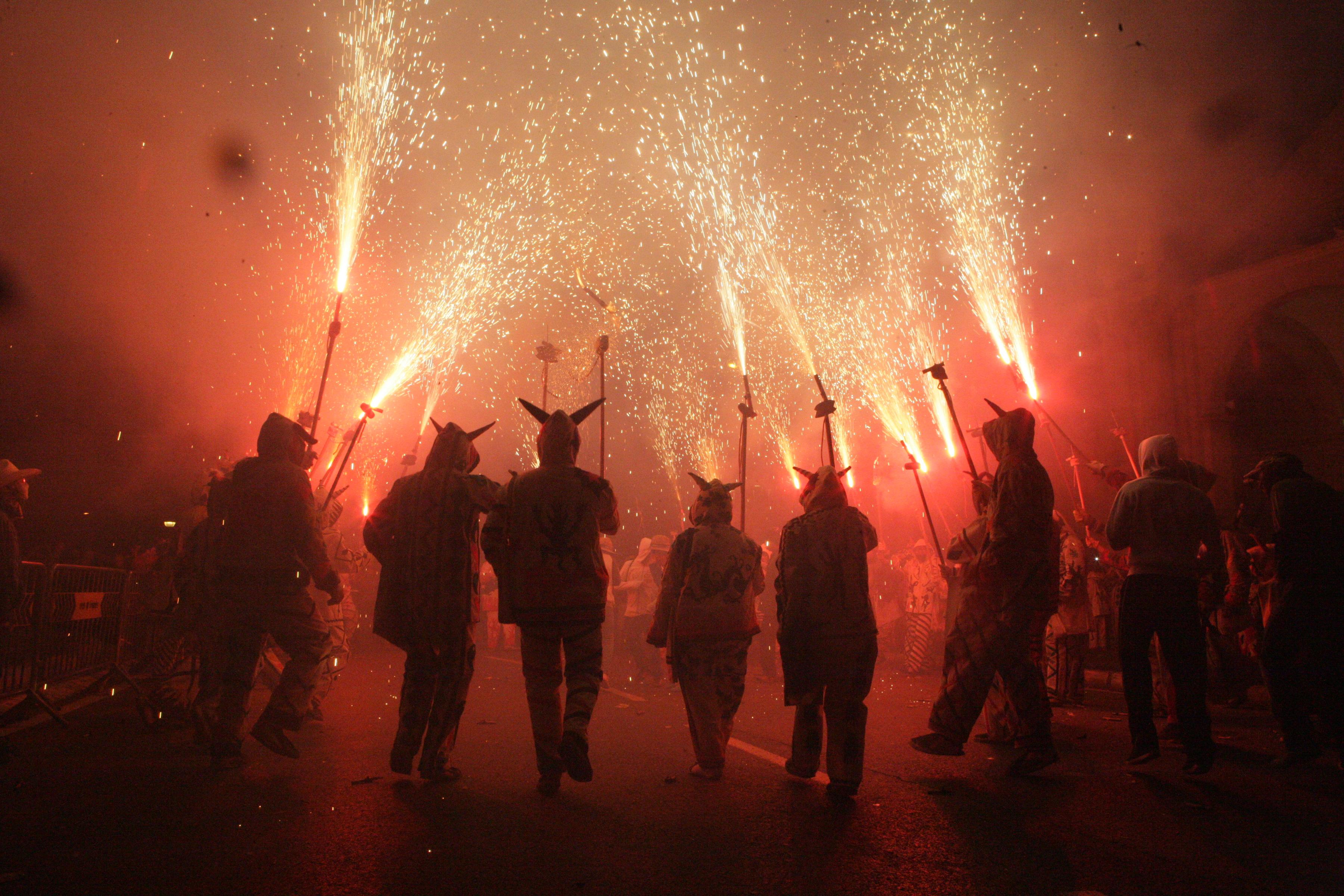 There is a Catalan tradition, Correfoc, where a group of people run and dance through the streets dressed as demons while holding fireworks. This tradition originates in the twelfth century when it was called Ball de Diables (demon dances). Nowadays the “Collas” of correfocs have developed so much that they perform elaborated dances for the enjoyment of locals and tourists. 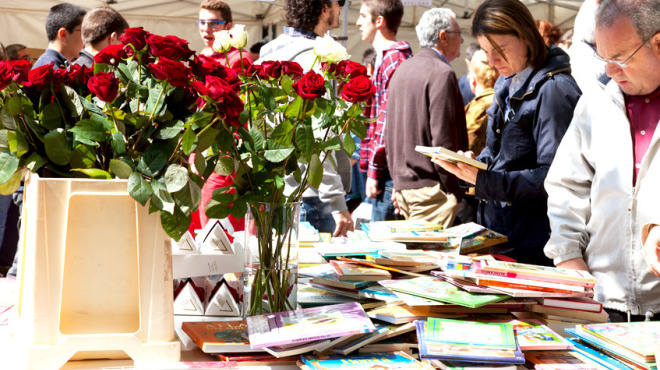 Now we arrive to my favorite Catalan tradition, the day of Sant Jordi. This tradition is based around a legend where a Dragan attacked the kingdom and for the creature to stop attacking, the villagers decided to feed him farm animals in exchange. After several years, the villagers didn’t have any animals left so they drew randomly which member of the kingdom would be sacrificed to the dragon. One year the chosen one was the Princess of the Kingdom, but before the sacrifice a knight called Jordi saved the princess by killing the dragon and from his blood came a rose which he gave to the princess. For this reason, every Sant Jordi, friends and couples exchange a rose and a book, to commemorate Sant Jordi and the death of Cervantes and Shakespeare. 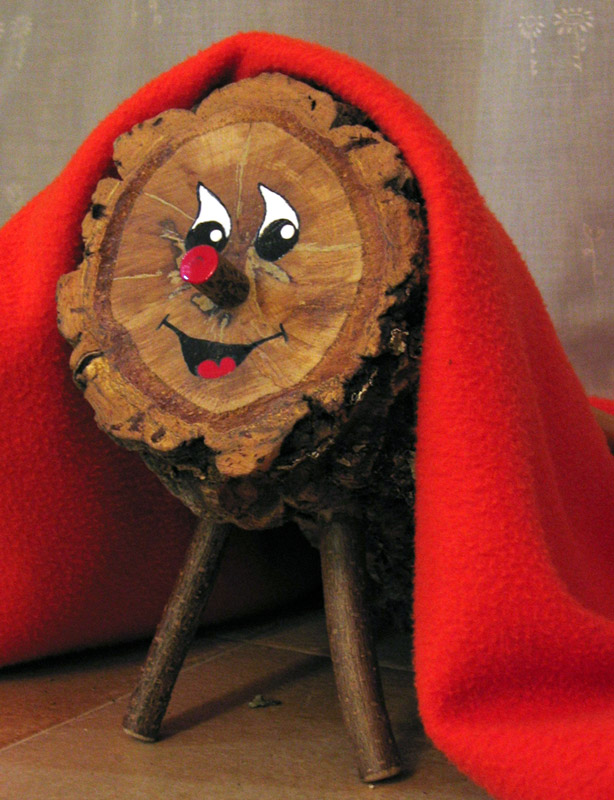 Catalunya also enjoys Christmas traditions, the most famous one being Tió de Nadal. Families gather a log (painting him a face like seen above) and every night they “feed” him and cover him with a cozy blanket. When Christmas day arrives, the family’s children sing around the log and hit him with a stick for Tió de Nadal to defecate the presents and sweets.

Previous Article Shopping in barcelona
Next Article Food markets in barcelona
Back to Blog
Made with ❤ by velvetzoo.es in Barcelona