Catalonia is a unique land rich in culture and folklore. It is the kind of place where you could get lost in countless celebrations, each one of them with their specifics traditions, food, music, and dances. As you can imagine, there’s a lot we could talk about when it comes to culture in Catalonia, but today we will be focusing in discovering one of its traditional dances: “Ball de Bastons” (literally translated as “Dance of Sticks”). You may be wondering, what’s so alluring about “Ball de Bastons”. What does it have, that is impressive enough to write a whole article about it? 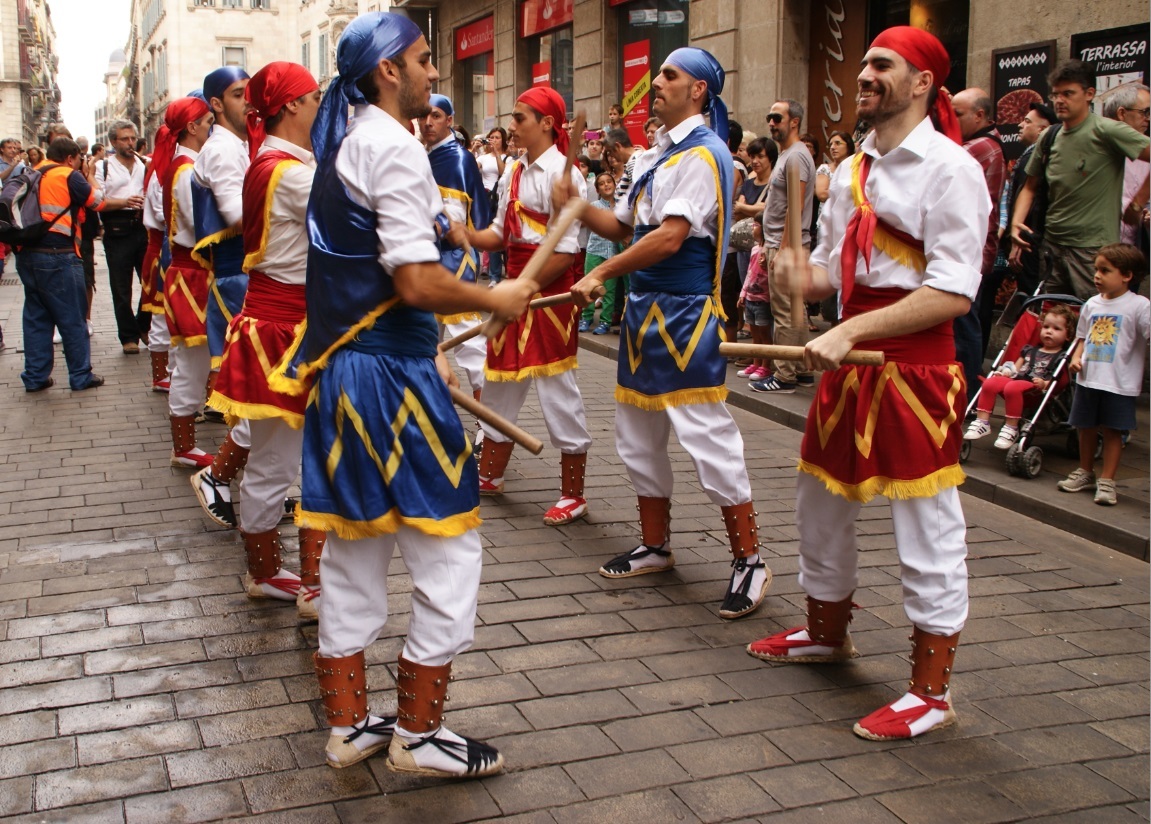 Well, I can assure you there are many reasons to find this dance as interesting as I do! After all, its origin it’s a complete mystery, it is one of the most fun dances you’d be able to witness, and it even has a cool costume do dance in it! 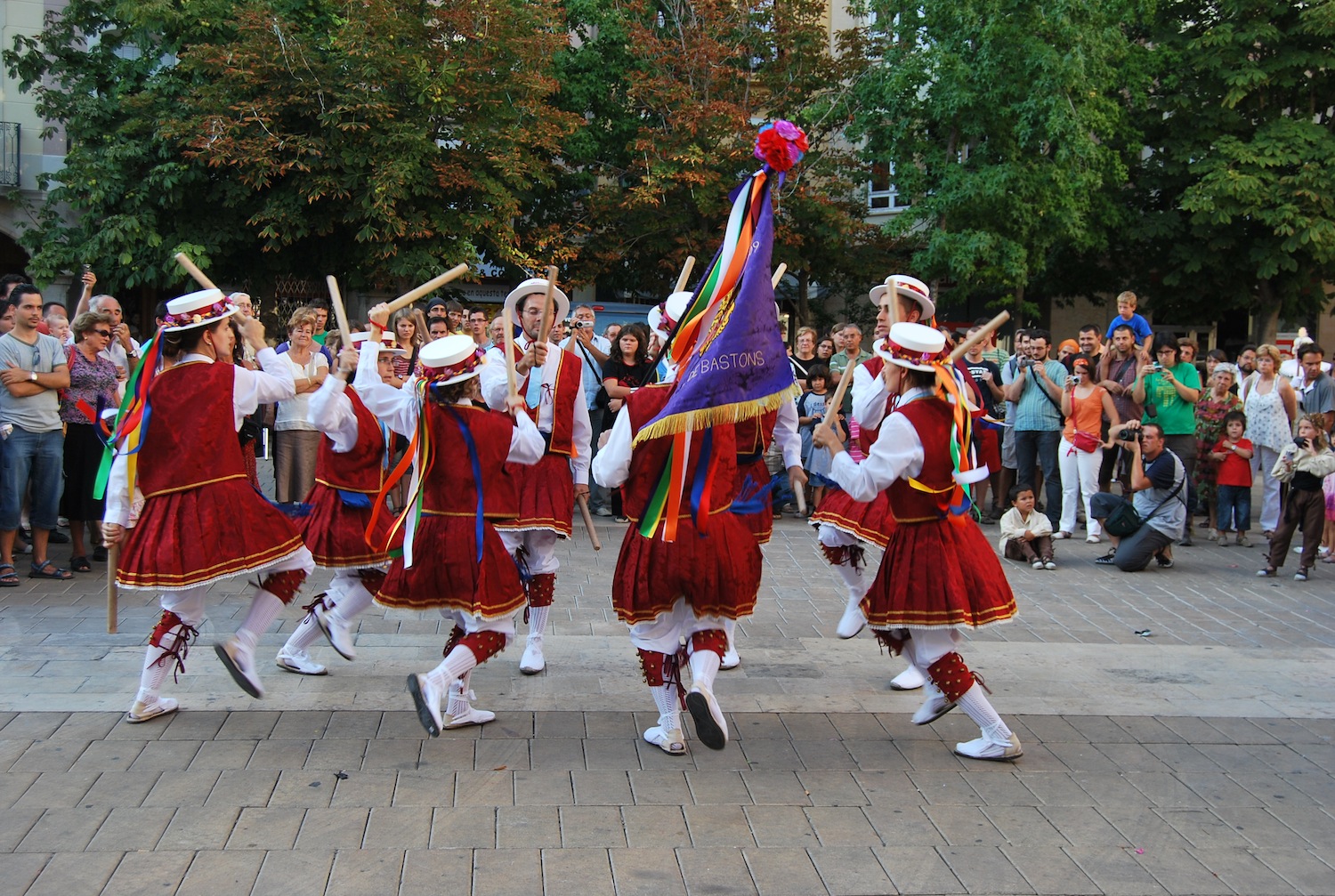 As I was saying before, nobody can exactly pinpoint how or when this dance was born. The thing is, that “Ball de Bastons” is considered one of the oldest dances in Catalonia. Is so old, that there is a wide variety of theories to choose from to explain its origin.

One of these theories, says “Ball de Bastons” was created as a mixture of ritual dances that represented the agrarian work and had the goal to bring fertility to the field. According to another one, this dance was made by warriors to train for real battles in times of peace. In other theory, it is believed to be a game that was played by bandits to simulate conflicts with other bandits. These, are the most famous theories about the way “Ball de Bastons” was created. 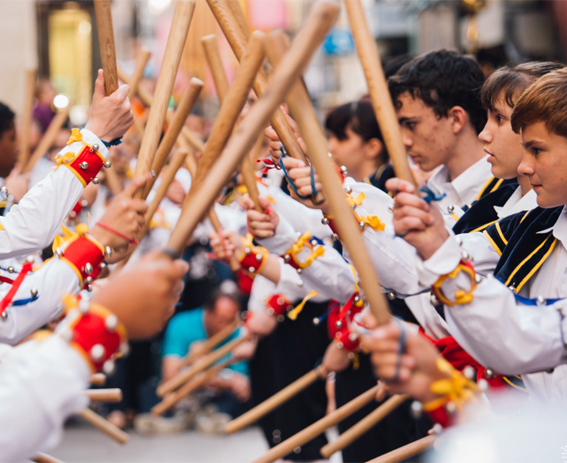 Now that you know some of the ways that it could have been originated, it’s time to reveal how it is danced. First, to dance “Ball de Bastons”  you need to form groups of 8 or 16 people and stand in a circle, a square or in rows. Then, once everybody is in place you should grab your two sticks (the main reason behind the dance name) and kick the sticks of the other dancers following the rhythm of the song playing (usually played with instruments like ”la gralla” or “el tabal”). Also, you should keep in mind that to dance “Ball de Bastons” people have to practice some of its choreographies first.

Lastly, there are the traditional clothes worn in “Ball de Bastons”. These costume usually consists of a white shirt and trousers with underskirts, scarves, hats, and ribbons of different colors, as well as little bells tied to the bottom of the trousers, and traditional espadrilles.

What do you think about this dance? Did you ever imagine a dance like that could exist? I’m sure you’re curious about it! It would be fun to see it live, right? Or would you prefer to dance it?

Previous Article Food and volcanoes the most delicious combination
Next Article Where the history begins
Back to Blog
Made with ❤ by velvetzoo.es in Barcelona