As the great Ansel Adams once said:

“A good photograph is knowing where to stand”

Therefore, we are going to show you the best spots in Barcelona from where to stand from to get the best pictures.

There are two main spots from where to take phot of Barcelona as a whole. The first is called El Mirador de l’Alcalde. This iconic place is located in Montjuïc , location of where the Universal Exposition  was held in. Before arriving to “the balcony of Barcelona” you will have to hike through the gardens of El Mirador de l’Alcalde. If you are sightseeing through Montjuïc, remembering picturing El Palacio Nacional or the Greek Theatre that are nearby. 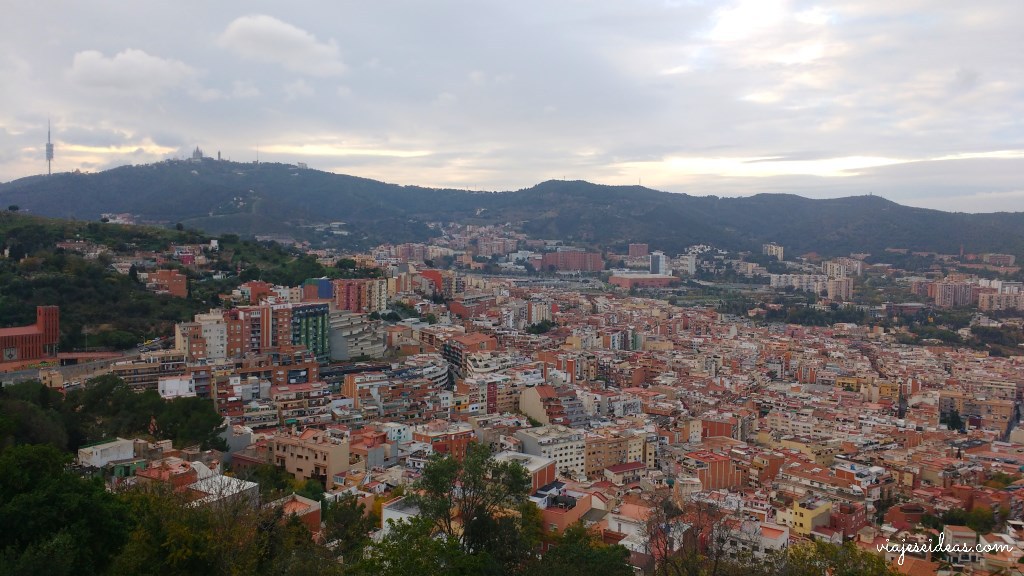 Another great spot from were to picture Barcelona is the old Bunker del Carmel. During the Spanish Civil War, the emplacement contained 4 anti-air batteries to defend the city of Barcelona from bombings. Nowadays the strategic position is used as a tourist attraction. 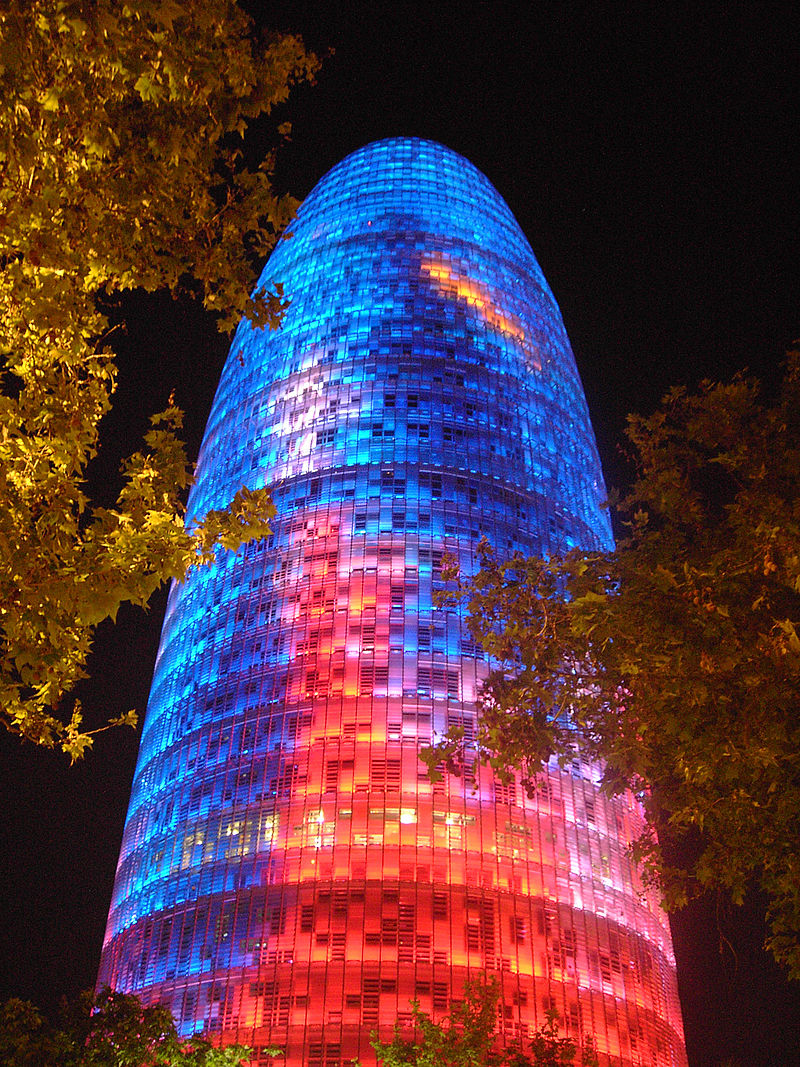 Remember! You can take a picture at night time to capture the Barcelona’s night life. The Torre Agbar  is specially illuminated at nighttime offering a show of colors. Another option for capturing the entirety of Barcelona in one picture is taking an expensive Helicopter tour of the city. 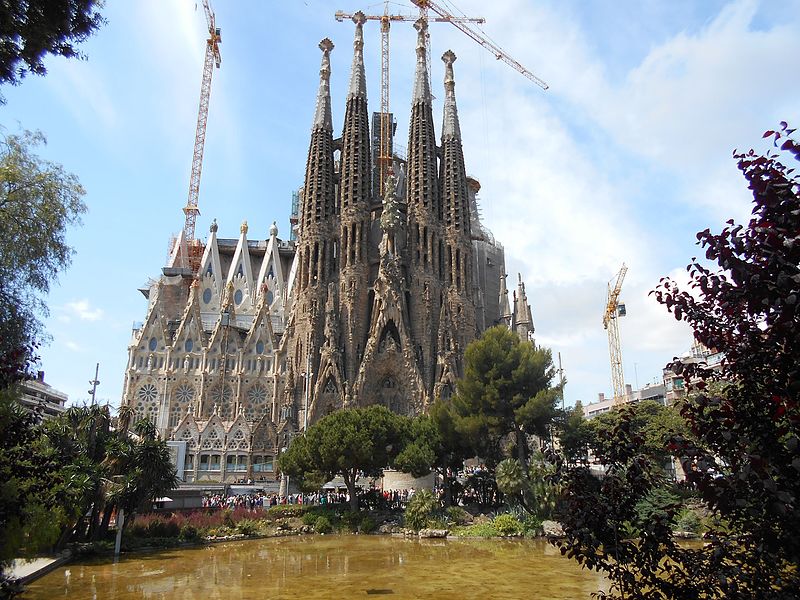 You can’t miss picturing La Sagrada Familia  during your stance in Barcelona. This is Antoni Gaudí  masterpiece. Take your time here, there are many details to picture so go early in the morning to get the best lighting.  You can take a 20 minutes’ walk to the Apple of Discord one of the highlights of Spanish Modernism. 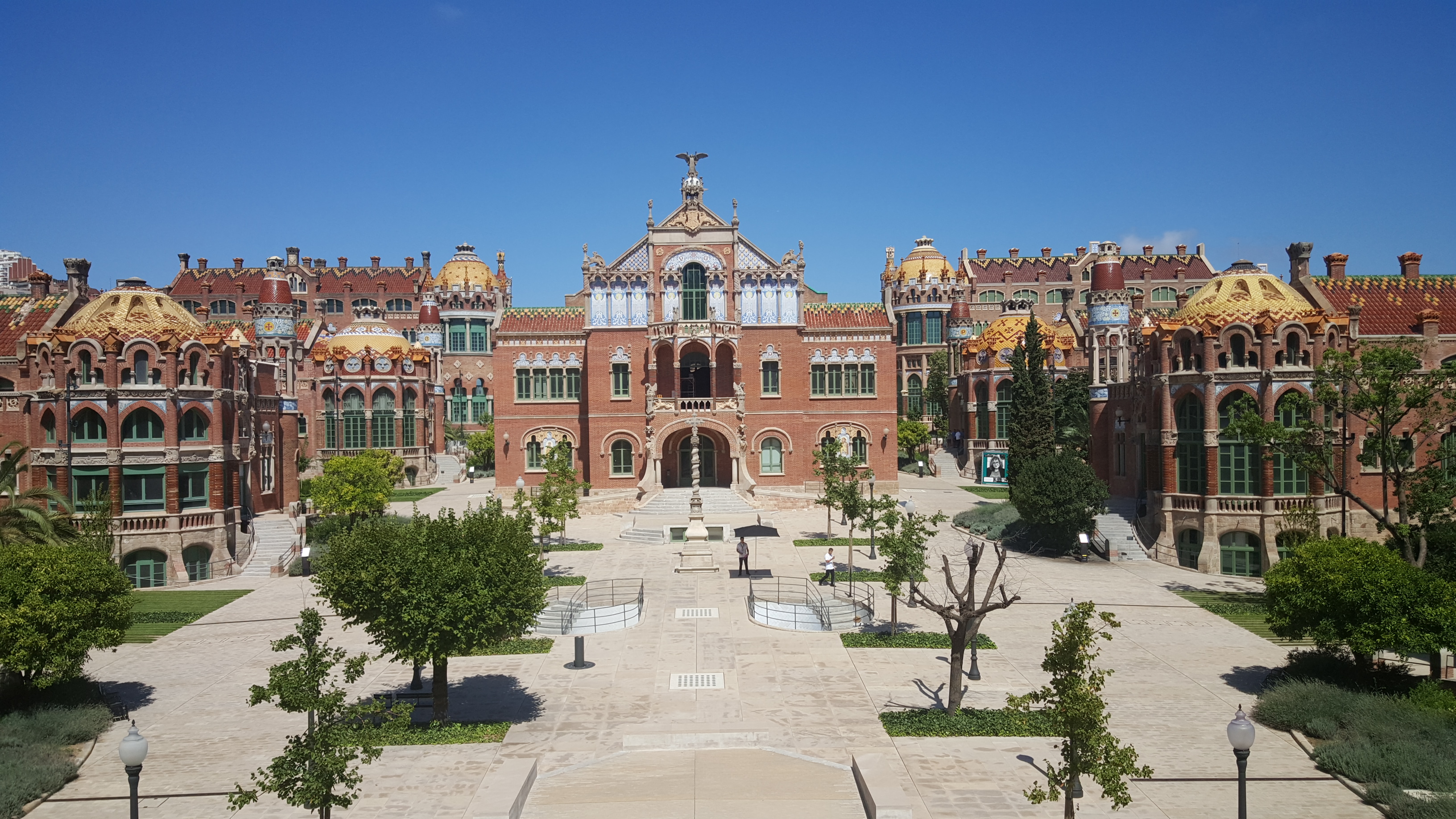 Other renown places from which you can take an awesome photo is in the Hospital de Sant Pau. Yesteryear this building was used a Hospital for more than 500 years but after criticism towards its administration and impossibility of extension, it was decided to change the function of the building into a Museum.

Throughout Barcelona there are many streets and boulevards where you can stop and capture the moment. One of the most iconic one is Las Ramblas. This boulevard protected by tree shadows is great to walk about and along the way there are many stops like La Boqueria where to have lunch/diner and take a picture. 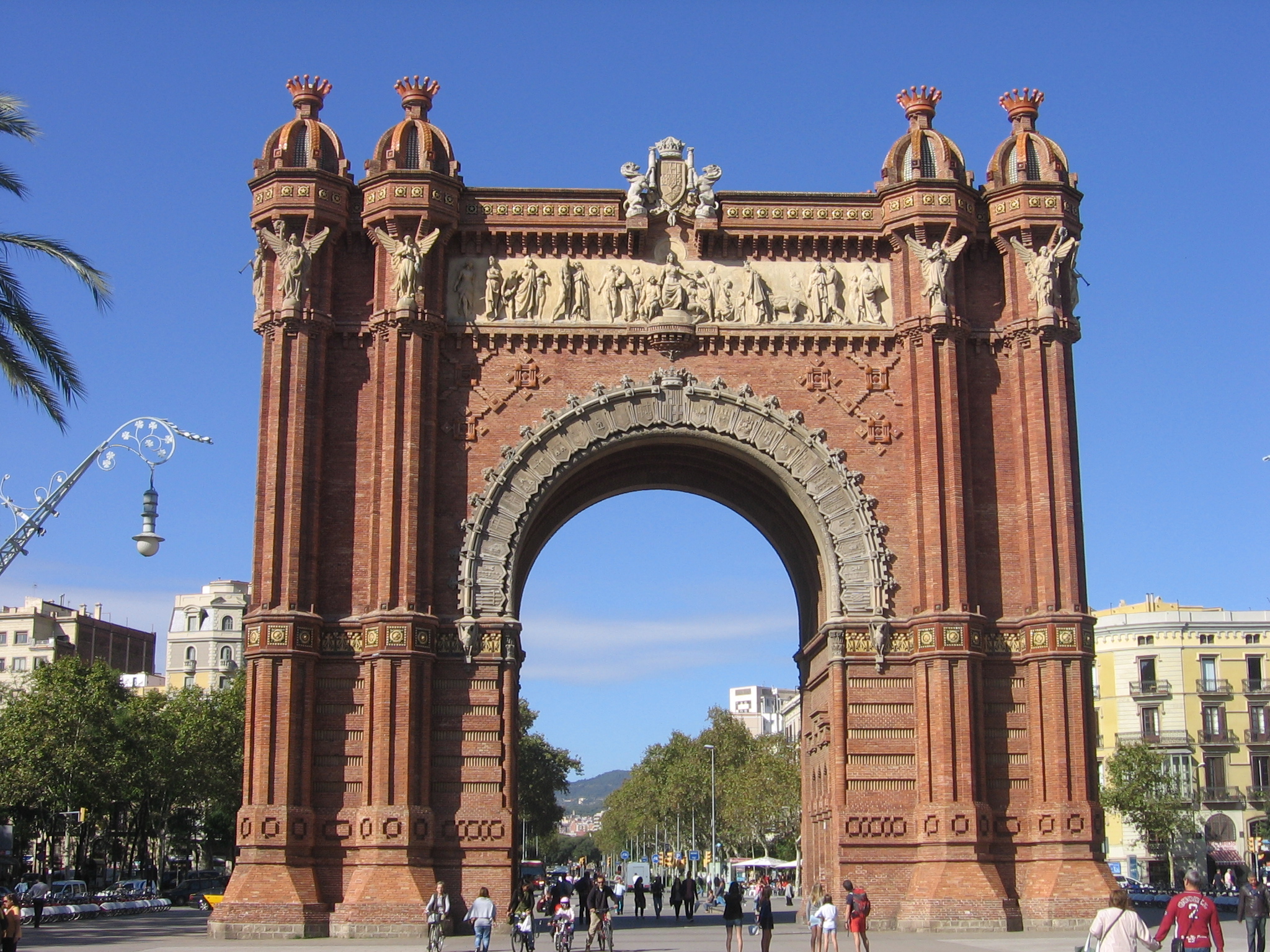 Close to Arc de Triomf, you can find my favorite neighborhood in all of Barcelona, El Bron. Walk along one of the most emblematic streets in Barcelona and capture atmosphere of the narrow streets and culture diversity with your camera. Stop in one of the many terrace and enjoy the peacefulness of the area. Near buy you can take a picture of what seems like a set from Game of Thrones, El Parque de la Ciudadela with its historic fountain.

If what you want is to picture the Mediterranean Sea, walk to La Barceloneta and enjoy summer time in the beach. There are several photo opportunities here as all the beach walk is full of sculptures. 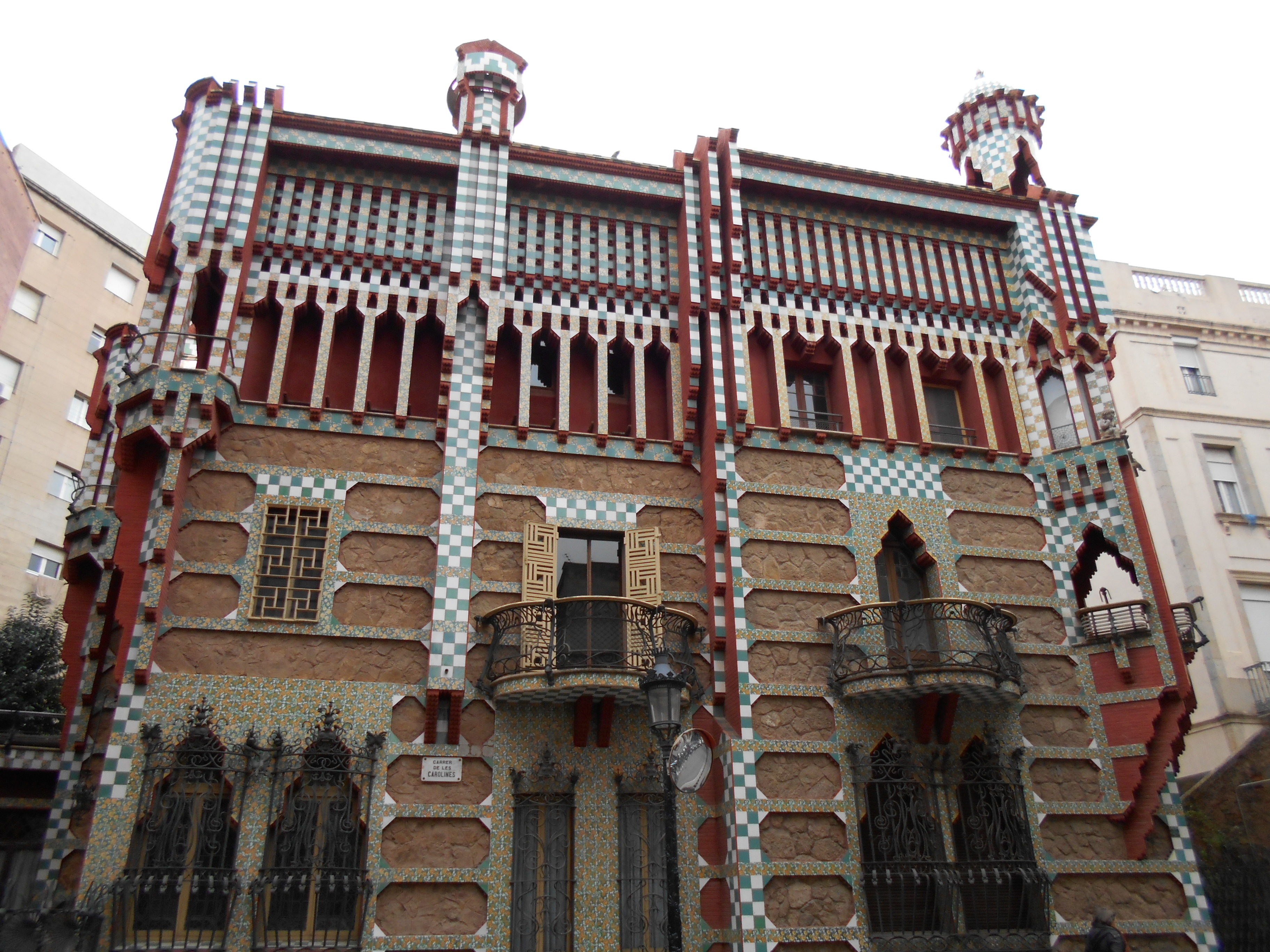 Going further away from the center of Barcelona you can find hidden spot where to work with your camera. Casa Vicens is one of Antoni Gaudí  first projects after graduating. This building is the main example of the orient influence Guadí had during his early years. Next to the Metro Stop of Vall d’Hebron you can find several graffiti like paintings of the most renowned artist like Picasso, Edvard Munch between many others. 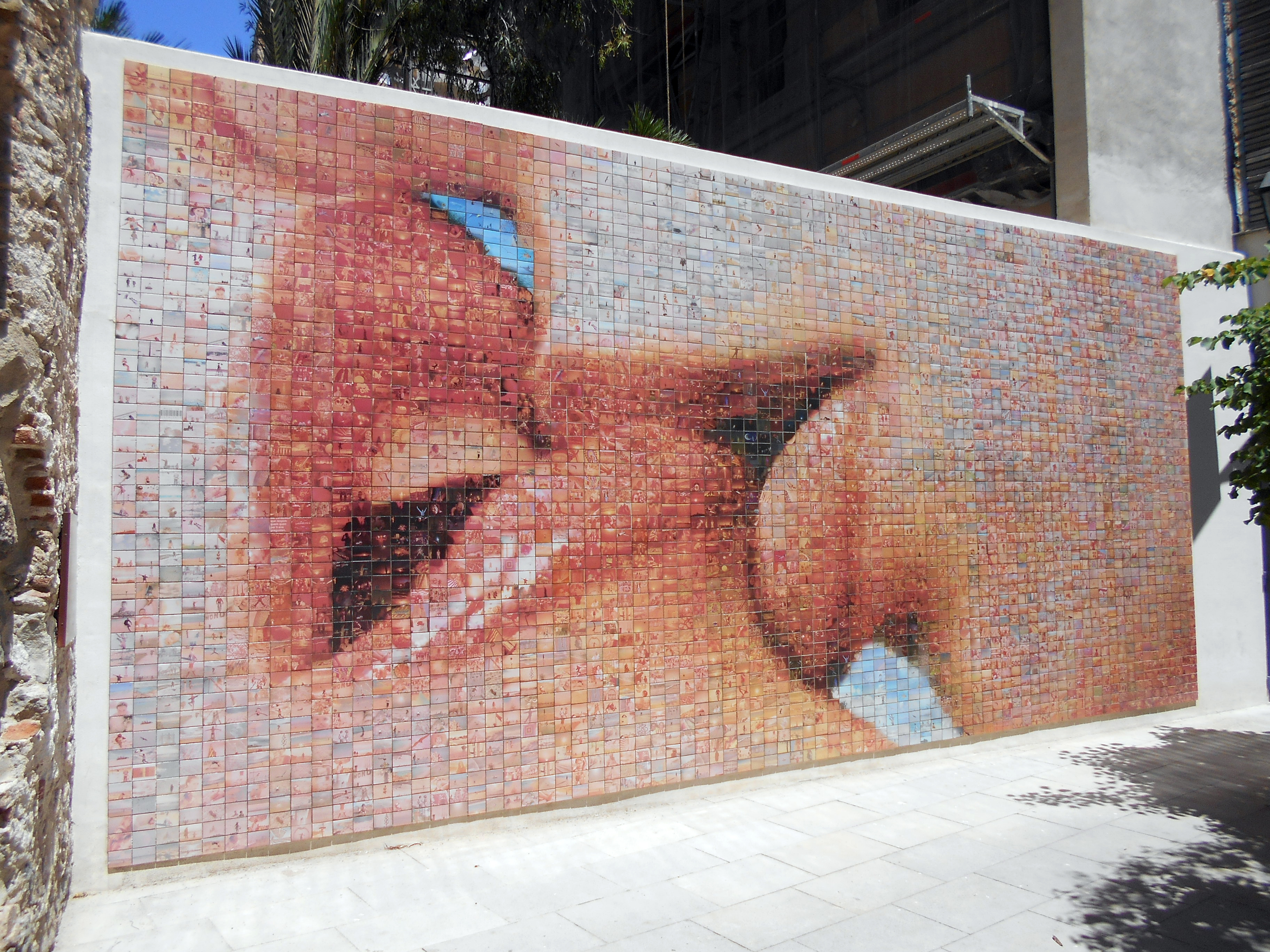 Close to the Cathedral  you can find El Muro del Beso. Here artist Joan Fontcuberta wanted to represent passion, proximity and will to live by printing many images of society enjoying liberty in ceramic blocks that joint together create a picture of two people kissing. 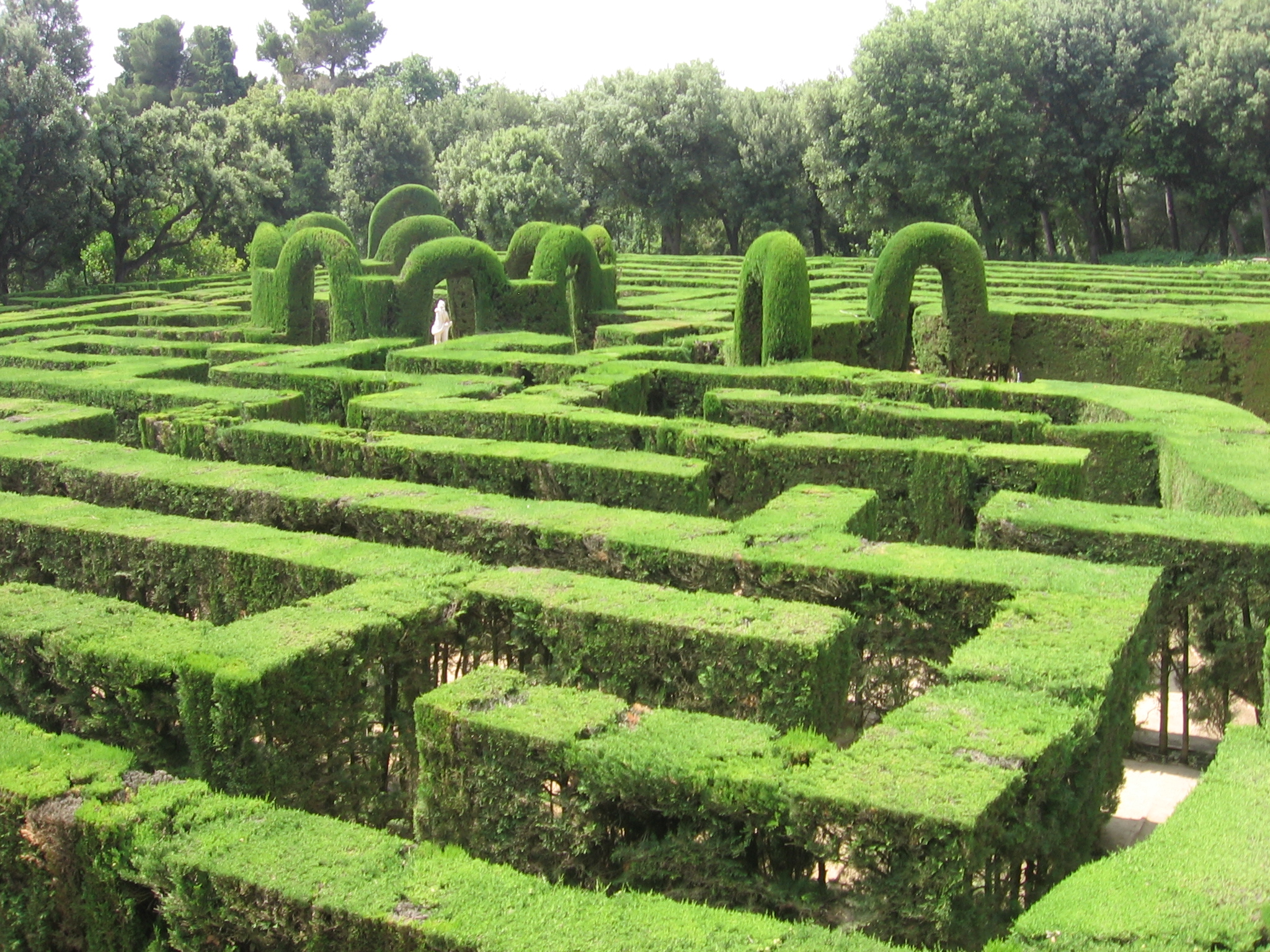 If you want to picture one of the most used movie sets in Barcelona travel to Laberint d’Horda. Here movies like Perfume: The Story of a Murderer were filmed. Lose yourself in the garden/ labyrinth but remember to take photos!

If you have taken a cool photo of these spot, or one we haven’t mentioned, please send it to us!

Previous Article Montjuic barcelonas strongpoint
Next Article The contrast in barcelonas architecture
Back to Blog
Made with ❤ by velvetzoo.es in Barcelona