It is very curious that in a city as dynamic and modern as Barcelona, an ancestral tradition such as the Sant Ponç Fair, which was held on 11 May in Carrer del Hospital, should be maintained. Located in the heart of Ciutat Vella, this medicinal herb fair takes us right back to the past, in a city where pharmacology had not yet arrived. But at the same time, the fair is a very modern event.

In Barcelona, the Sant Ponç fair began to be held in the Middle Ages, a time when natural remedies were at their peak. However, it seems that it may have its roots in the rituals performed in honour of Flora, the Roman goddess of vegetation. That is why the fair is held at the end of spring, the time of flowering and maximum splendour of most medicinal herbs. 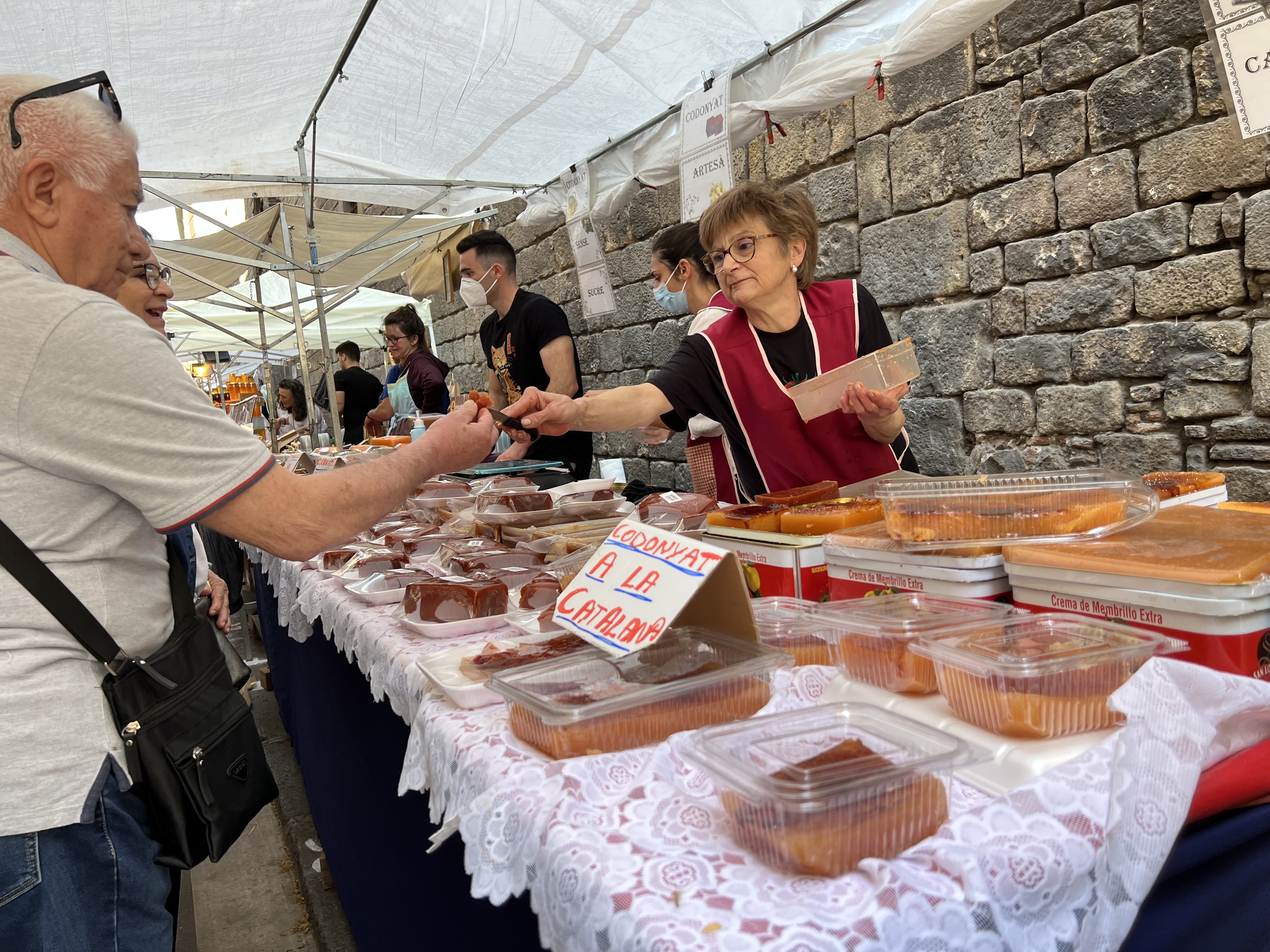 In the 16th century, it was made to coincide with the day of Sant Ponç, which is 11 May.

Sant Ponç is the patron saint of herbalists and beekeepers and has a legend that links him to Barcelona.

It is said  that in the 3rd century, fleeing from his Roman persecutors, he arrived in the city. Seeing that there was so much misery and disease, he began to prepare potions with medicinal herbs that he knew well. This earned him the respect and admiration of the people of Barcelona who, from then on, began to hold an herb fair in his honour.

During the fair, the image of the saint is carried in procession and decorated with medicinal herbs. In the procession, medicinal herbs are blessed because it is believed that they have more healing power. Superstition has it that they should be kept under the bed all year round, until the following Sant Ponç festival.

A mass in the honour of the Saint is celebrated before the procession in the Church of Saint Agustí during the Sant Ponç Fair.

There are other beliefs that say that if you clean your house well on the day of Sant Ponç, you will keep parasites away all year round.

Being such an ancient fair, it is very likely that the trementinaires, women who knew all the healing powers of herbs, travelled to Barcelona. The trementinaires passed on their knowledge from generation to generation, but today this trade has disappeared.

The Sant Ponç Fair has been held in Carrer de l’Hospital since 1817, but before that it had other locations in the Raval neighbourhood. It has always been held near the old Hospital de la Santa Creu, which for centuries was the city’s main health centre.

Traditionally there are about eighty stalls, some of them run by local people who only sell herbs once a year.

The star product of the fair is medicinal herbs, which are sold in a wide variety of formats: seedlings, fresh, dried, ready for infusions, and so on.  Medicinal herbs are also basic for dressings, ointments, salves, balms, sweets, etc.

There is also a good selection of honey and sweets, such as jam, candied fruit and syrup. 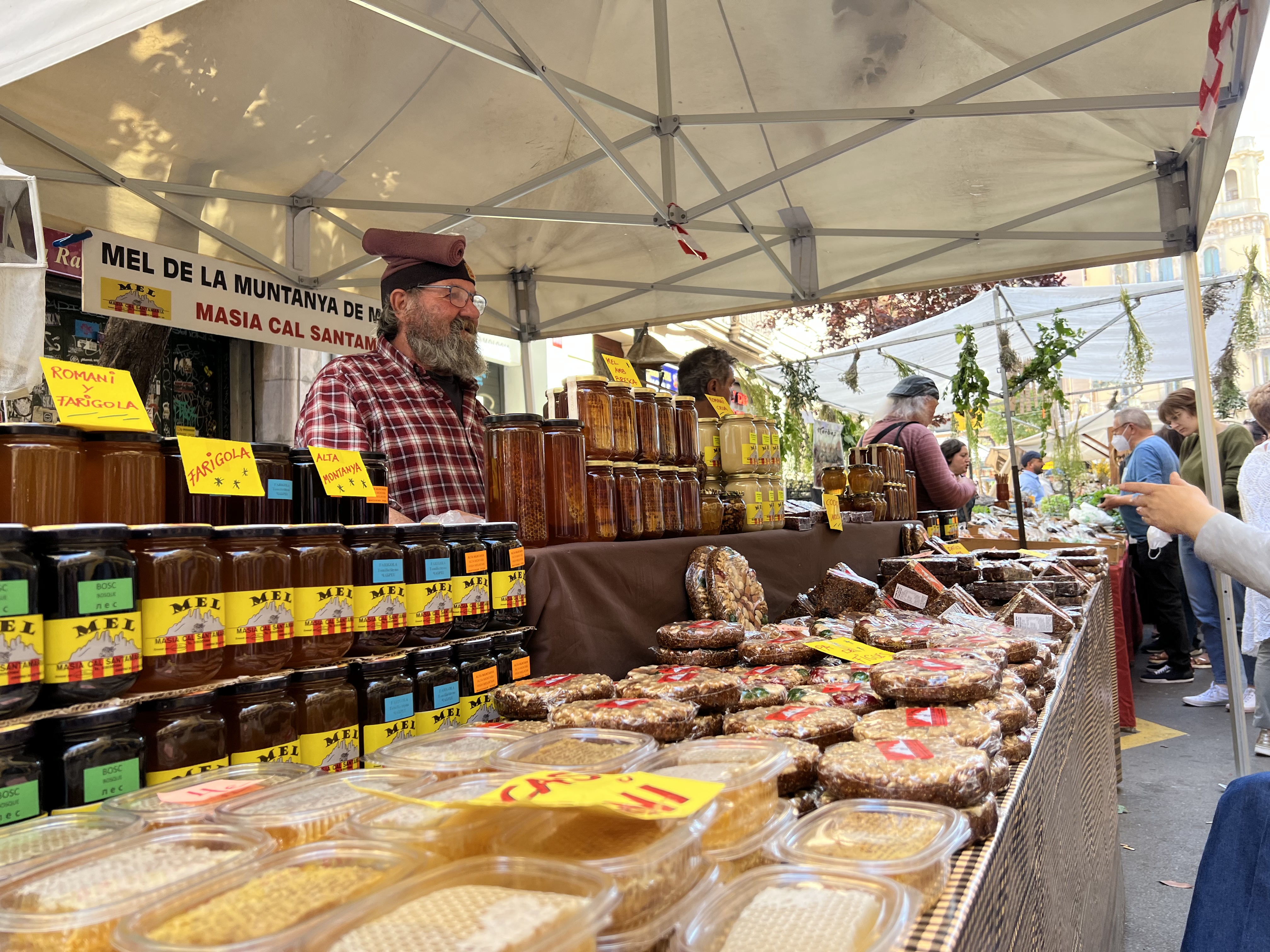 Lately there has also been an increase in the sale of natural cosmetic products such as soaps, essential oils, all kinds of creams, balms, exfoliating products, etc.

In recent years there has been a revival of interest in natural therapies, which is why the fair is so popular and so well attended.

The Raval fair is not the only one of its kind in the city: the neighbourhoods of Sarrià, el Farró and Poble-sec also set up herbal stalls around 11 May.

Take a look at our last instagram post related to this last fair celebrated last 11th of May!
Previous Article 5 seaside villages
Next Article 10 luxury hotels in bcn
Back to Blog
Made with ❤ by velvetzoo.es in Barcelona