There are artists, there are geniuses, there are peculiar characters, controversial, even bizarre and then there is: Salvador Dalí. This artist left the world without words and he keeps doing it after his death. 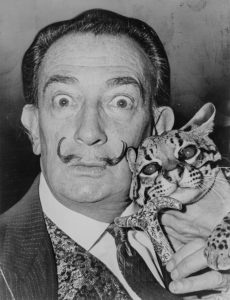 Madrid, Barcelona, Paris, New York… all these places left their mark on Dalí and influenced his work, but none did so much as his native place the Alt Empordà. Those landscapes inspired him a little more at each step he took in his work.

The called «Dalinian triangle» is composed with this towns Figueres, Portlligat and Púbol. A relatively small territory of the province of Girona, in the Empordà, which saw Dali’s birth, enjoy and develop as an artist and also his death.

In Figueres Dali is present on every corner: the largest avenue in the city has its name as well as schools, all kinds of shops, etc. It is impossible to walk around Figueres and not remember the artist. But there are some corners more linked to him.

His birth house: The Puig house, There is a project to convert it into a museum approved a few years ago but not yet done, so for now, it can not be visited. The other two great museums of the city, the museum of l’Empordá and the toy museum of Catalonia, also pay homage to Dalí. The first has his works in the museum collection and the second there is an exhibition about his first 20 years of life, with photographs and toys of the artist and his sister.

And there’s the Dali theater-museum: The Galatea tower, with its eggs and its breads, which once was part of the walled enclosure of the city and which became the last residence of Dalí and it was a theater too. It was designed by the artist and at the same time is the largest surrealist work he ever created, the home of some of Dalí’s best works and the mausoleum where his remains rest. 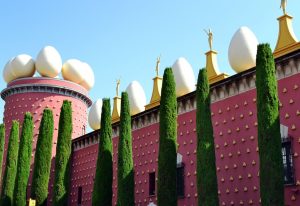 The other place that is essential to know Dalí is his museum house Salvador Dalí in Portlligat. Very close to Cadaqués, a white house by the sea, created where one day there was a fishermen’s barrack.

The love and almost devotion Dali felt for Gala materialized, among many other gifts, in one larger than any other: a castle. After a trip to Tuscany, Dalí promised to his muse that he would give her a castle. Dalí kept his promise and chose the Pubol medieval castle.

The castle Gala Dalí de Púbol, now transformed into a museum, you can found a small corner of peace, with many fewer tourists than in the theater-museum of Figueres. 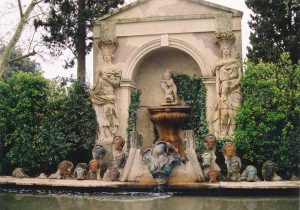 Previous Article Roman tarraco
Next Article Costa brava
Back to Blog
Made with ❤ by velvetzoo.es in Barcelona