Barcelona is a city that inspires both its inhabitants as well as visiting tourists. This being the case, it doesn’t mean that everyone is aware of the 10 districts in Barcelona. That is why this blog will tell you more about each one of those districts in Barcelona, but also their neighbourhoods.

Ciutat Vella covers what was once the urban core of the Catalan capital. The lands of l’Eixample also belonged to Barcelona but had no urban nucleus until the walls were demolished in the mid-19th century. It has almost 105,000 inhabitants.

Ciutat Vella is made up of the neighbourhoods of El Raval, El Gòtic, Sant Pere, Santa Caterina i La Ribera and La Barceloneta. 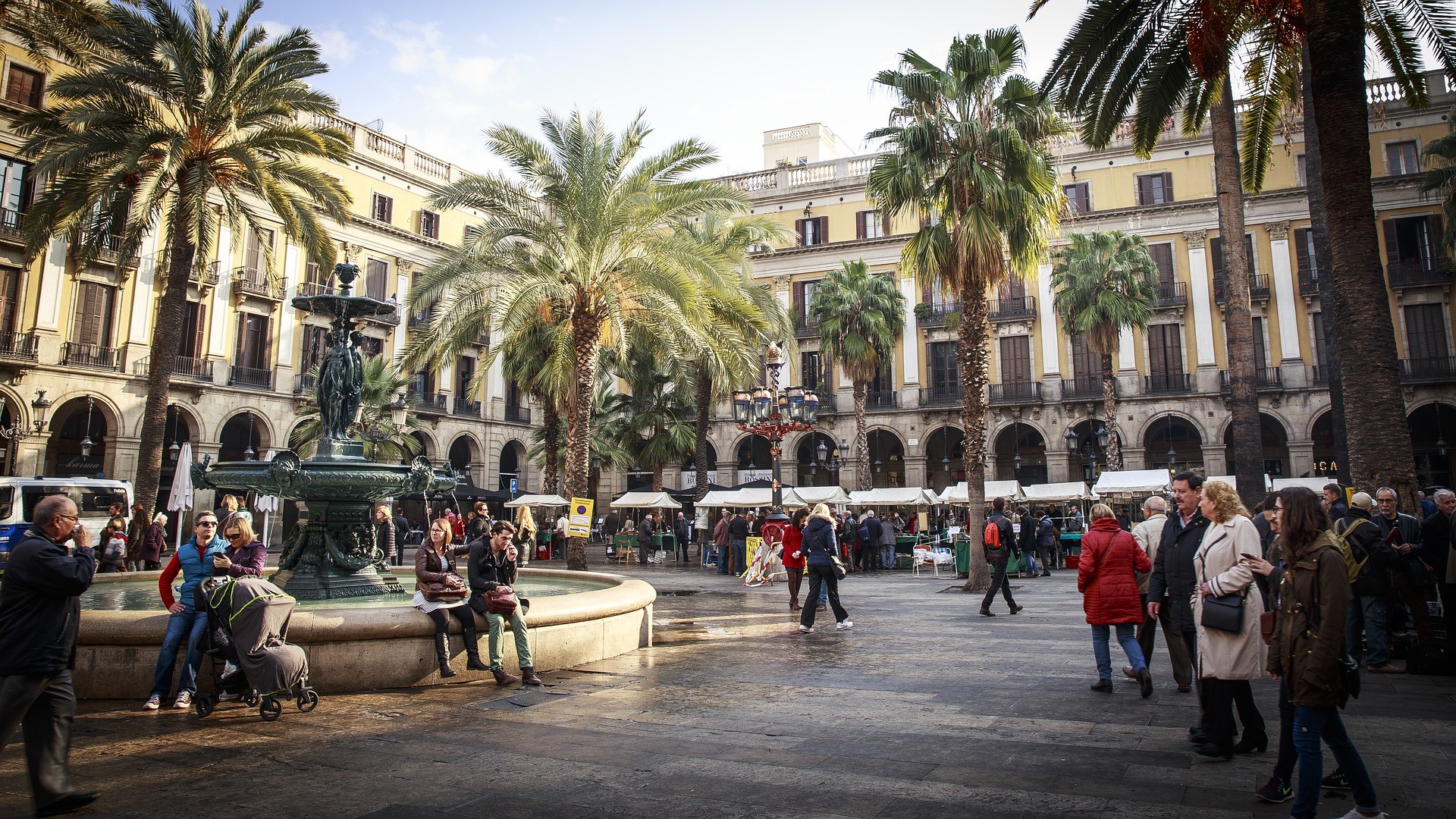 Ciutat Vella is undoubtedly the most visited district of Barcelona along with l’Eixample, and this area of Barcelona has many of the attractions of the city such as Plaça Catalunya, La Rambla, Via Laietana, Portal de l’Àngel, El Gran Teatre del Liceu, Santa Maria del Mar, Barcelona Cathedral, Plaça del Rei, Plaça Reial, the Generalitat, the town hall and many more.

The district of Horta-Guinardó accounts for 11.9% of Barcelona’s territory and is home to almost 170,000 inhabitants.

It includes most of the land of the old village of Sant Joan d’Horta, and to a lesser extent Sant Andreu de Palomar and Sant Martí de Provençals. It is located between the districts of Gràcia and Noubarris and is bordered to the south by l’Eixample, Sant Andreu and Sant Martí de Provençals. To the north it borders Collserola and the municipalities of Sant Cugat del Vallès and Cerdanyola del Vallès.

Due to its proximity to Collserola, Horta still maintains the air of an agricultural village. Green, with modernist summer houses, with ups and downs, well communicated and isolated from the crowds of Barcelona.

The Nou Barris district of Barcelona is located in the northeast corner of the city, between the Collserola mountain range and Avinguda Meridiana. It has almost 170,000 inhabitants.

It has one of the largest libraries in Barcelona, and the Central Park of Nou Barris has an extension of almost 18 hectares, providing the district with a large green lung. 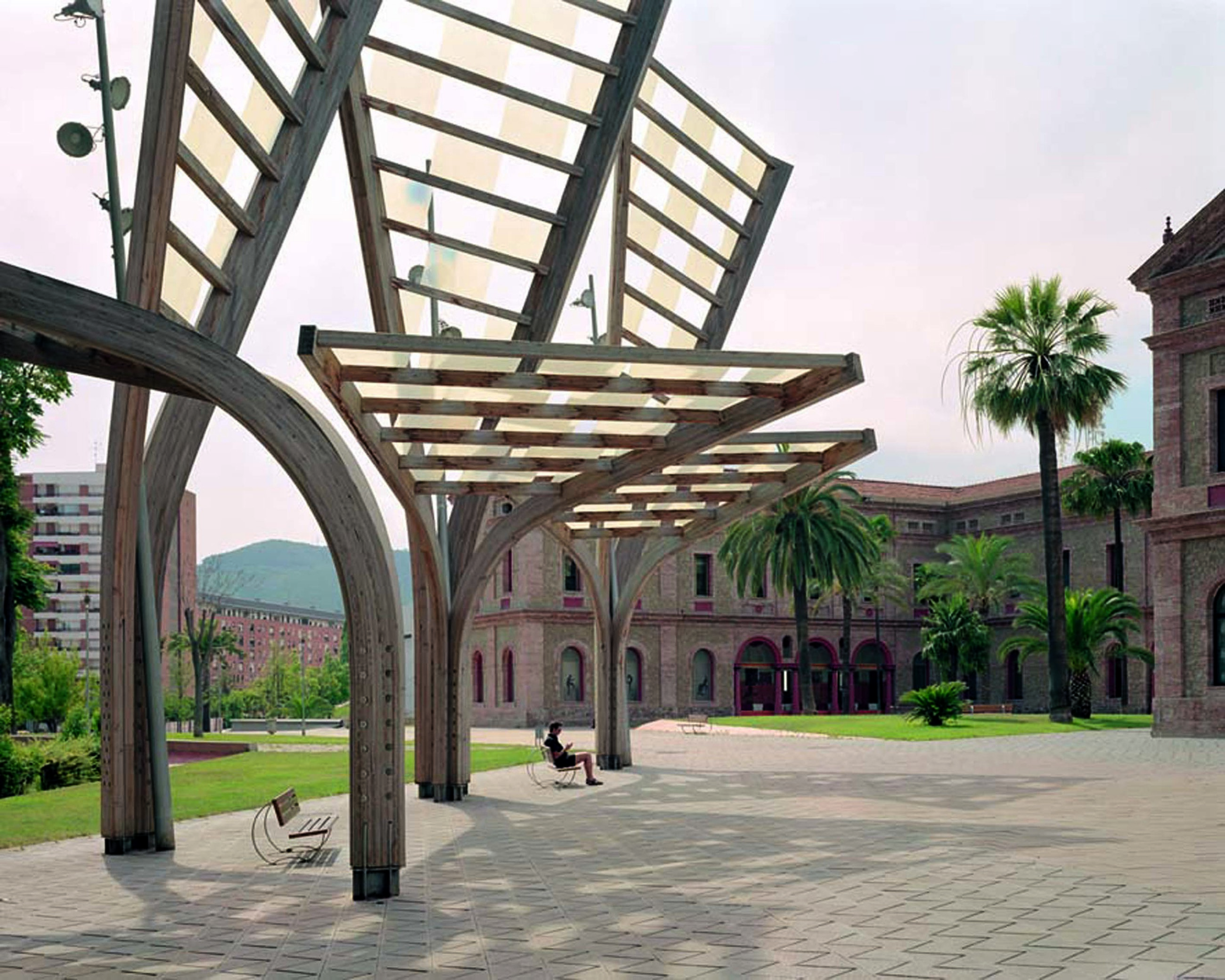 It is also in this district where the University of Barcelona has located one of its faculties in the Can Dragó area, where you can also find El Corte Inglés and the Heron City shopping centre, full of outlets, bars, restaurants, discotheques and a multiplex cinema.

The district of Sarrià-Sant Gervasi has the highest per capita income in Barcelona. The landscaped buildings, the large and comfortable flats, parks, boutiques or the mansions of the richest families in Barcelona on Avinguda Pearson, are some of the characteristics of this area.

But Sarrià-Sant Gervasi is also home to the Pedralbes monastery, which, in addition to its artistic and cultural interest, houses a collection of the Thyssen Bornemisza family. The Parc de l’Oreneta, in the foothills of Collserola, is really beautiful and in summer a restaurant is set up inside the forest with views of the whole of Barcelona. Really beautiful!

This district also includes Vallvidrera, a neighbourhood located on the Tibidabo mountain, full of beautiful houses. The Tibidabo amusement park is also located on this mountain.

It is the smallest district in Barcelona, but nevertheless the second most densely populated. It includes the neighbourhoods of Vallcarca i els Penitents, El Coll, La Salut, Vila de Gràcia, and Camp d’en Grassot i Gràcia Nova. 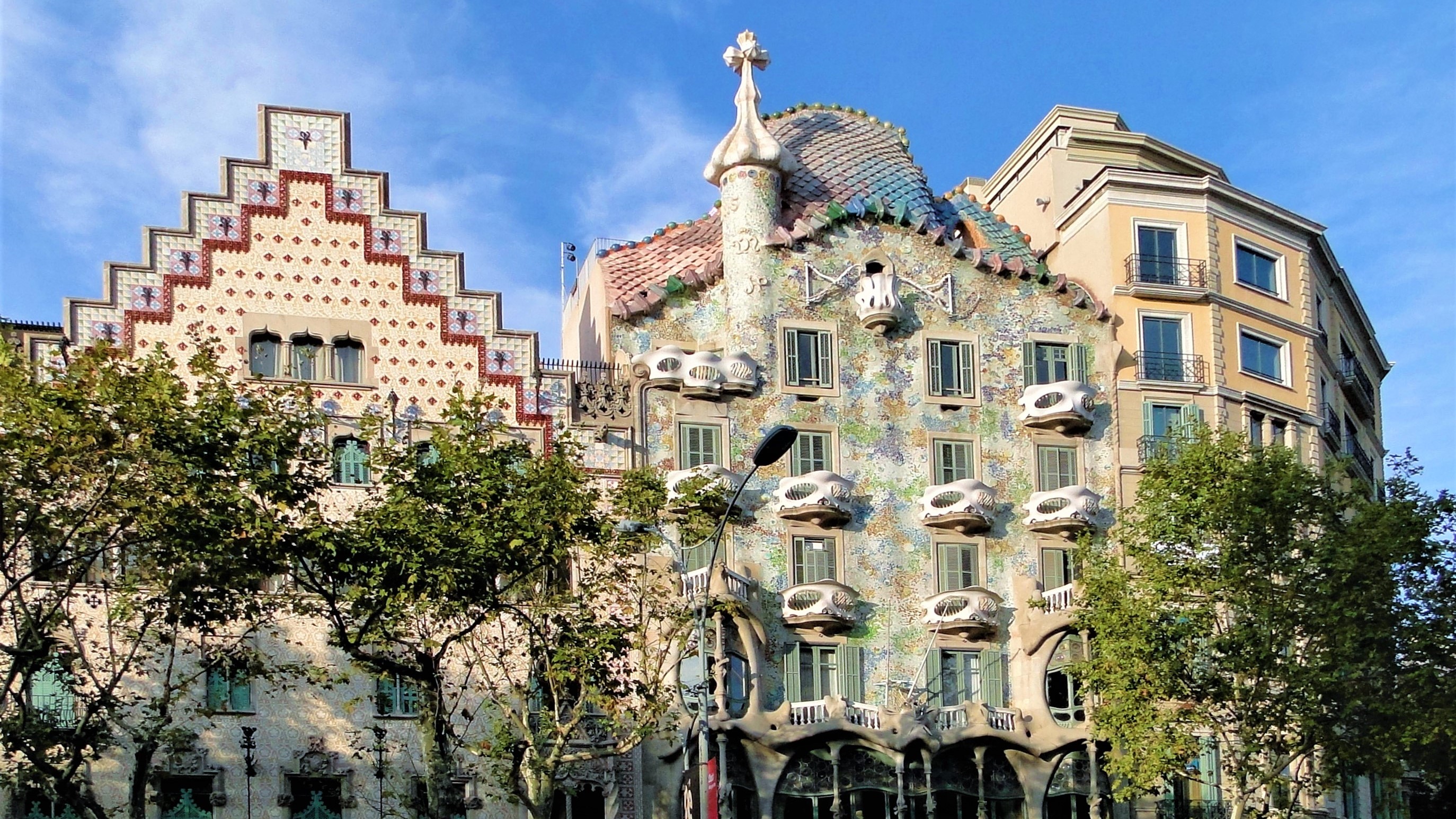 It borders the districts of Sarrià-Sant Gervasi, l’Eixample and Sants-Montjuïch, and the municipalities of l’Hospitalet de Llobregat, Sant Just Desvern and Esplugues de Llobregat. It has more than 82,000 inhabitants.

Les Corts is a wealthy neighbourhood, full of shops and life. It is precisely here where the Futbol Club Barcelona stadium is located. In addition, in the Zona Universitaria neighbourhood, there are several faculties of the University of Barcelona, such as Law, Economics and Business Studies, Physics and Chemistry and Biology. Les Corts is home to Barcelona’s first shopping centre, l’Illa Diagonal. 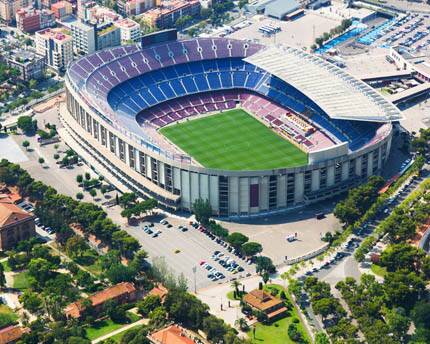 Carrer Gran de Sants, the main street, is, in proportion to its length, the street with the most shops open per square metre in the world. This district of Barcelona also has the Estació de Sants, one of Barcelona’s logistical arteries with local, regional and long-distance rail connections. Estació de Sants is where the AVE high-speed train stops.

Sants-Montjuïch is also home to Montjuïch Mountain, the lungs of Barcelona, where you will find the Magic Fountain, the Mies van der Rhoe Pavilion, the MNAC, the CaixaFòrum, the Olympic Stadium, the Palau Sant Jordi, the Poble Espanyol, the modernist cemetery of Montjuïch, the Fira de Barcelona, etc.

It has more than 170,000 inhabitants, 50,000 of whom live in the historic centre of what was once the village of Sant Andreu de Palomar. It is the third largest district in Barcelona. This district includes the neighbourhoods of Sant Andreu de Palomar, the old village to which the district owes its name, La Sagrera, formerly a village belonging to the Iglésia, Trinitat Vella, el Bon Pastor, el Congrés, el Baró de Viver and Navas. 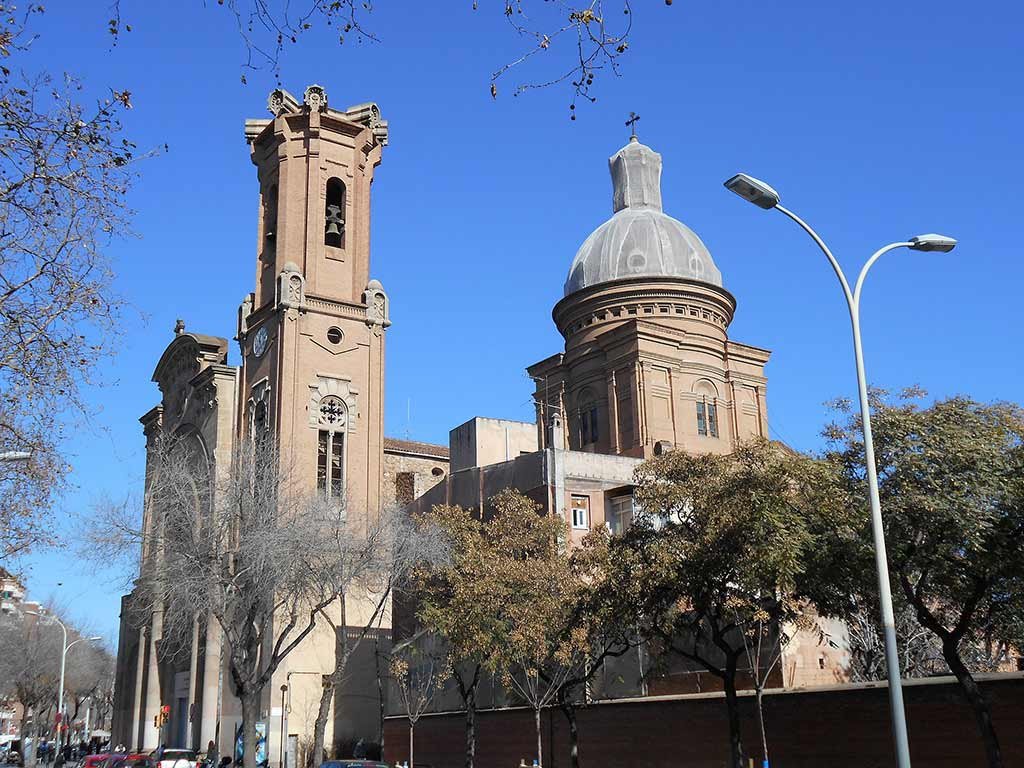 This district is not very touristic, and most of the hotels in Barcelona are not located here. However, the new Sagrera project is expected to revitalise this area in terms of tourism.

The Eixample district in Barcelona is the most populated district in the city with more than 260,000 inhabitants. This district comprises the urban plan of Ildefons Cerdà, who was in charge of the expansion of Barcelona once the medieval walls collapsed during the 19th century.

It is in this district where many of Barcelona’s most famous attractions and most famous streets are located, such as Passeig de Gràcia, Gran Via de les Corts Catalanes, Diagonal, Carrer Balmes, Aribau, Muntaner, València, Mallorca, Aragó, etc.

In this district we find the Sagrada Família, known as «La Manzana de la Discordia», where Gaudí and Casa Batlló, Domènech i Montaner and Casa Lleó Morera, and Puig i Cadafalch and Casa Amatller challenge each other. All of them geniuses of Modernisme. La Pedrera, the Casa de les Punxes, the Palau del Baró de Quadras, the beautiful buildings of Rambla Catalunya or the Passeig de Gràcia, make this district one of the most beautiful in Barcelona.

The District of Sant Martí has several neighbourhoods, many of them former villages annexed to Barcelona. The neighbourhoods are: La Verneda, Poblenou, El Clot-Camp de l’Arpa, Fort Pius and the Barri del Besòs i el Maresme. 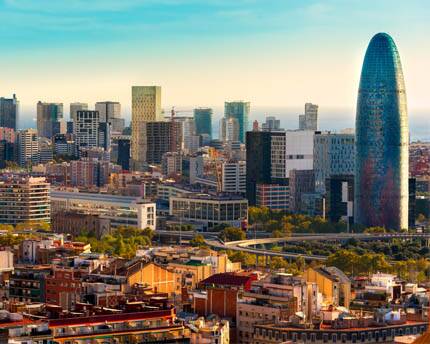 Previous Article 10 luxury hotels in bcn
Next Article Merce festivity 2022
Back to Blog
Made with ❤ by velvetzoo.es in Barcelona