Travel back in time to the medieval city of Girona and discover the magical Costa Brava and its fishing villages.

On request (English or Spanish)

A trip to Girona is a journey through 2,000 years of history. The city’s beautiful medieval center set the stage for the popular series Game of Thrones and boasts the best-preserved Jewish quarter in the world. On this tour we’ll explore Girona’s must-see sites before indulging in the spectacular scenery of Costa Brava, one of the most charming regions of Catalonia. 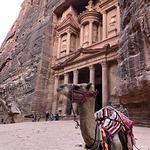 Luis was a wonderful tour guide for our trip. He made the day interesting with his vast knowledge of the ...

From Barcelona we will head to the historic town of Girona, where the remains of a Roman and medieval past coexist harmoniously with the present, offering a complex image full of contrasts. Get lost in the maze of narrow streets and travel through time in the best-preserved Jewish neighborhood in Europe. Admire the Cathedral, boasting the widest Gothic nave in the world, and marvel at the colorful spectacle of houses along Onyar River, which splits the city in two. Because of its beautiful and historic scenery, the medieval centre was chosen for some of the most important scenes in the popular series Game of Thrones.
Whether by its many bridges crisscrossing the river or by its strong medieval walls, Girona charms its visitors with an exciting panorama.b
After exploring Girona, we will drive to Costa Brava, the northern side of Catalonia’s sunny Mediterranean coast. Before delving completely into nature, we will stop at the picturesque village of Pals. This ancient medieval village was once a fortress, still featuring idyllic cobbled streets and picture-perfect plazas. Its towers and other viewpoints offer the best views over the Mediterranean Sea and will allow you to see as far as the fields and Empordà plains extending into the horizon.
Next, we will continue to the Catalan coast, where you will enjoy the most breathtaking views: green mountains, the sheer relief of the coast, and small villages with whitewashed houses built around the swell of the Costa Brava. We will stop in Calella de Palafurgell, a traditional fishing village that fully retains the charm of its past. Before exploring the surrounding area, we will take a moment to relax and taste some of the delicious local cuisine.
The caminos de ronda (ancient pathways), which you will observe near Calella, lead visitors to the discover the most pristine corners of the region. Fishermen, watchmen and smugglers once used these pathways, which allow one to explore the coastal scenery. Follow the pathways to uncover the most popular beaches in the area, as well as hidden coves and cliffsides. You can always take a dip in the crystal clear water, surrounded by unspoiled nature.